By CCN.com: The Dow slumped into Friday’s trading session, as the stock market failed to push even further into record territory. However, key DJIA component Disney could receive a Thanos-sized boost from “Avengers: Endgame,” which is already smashing records and could target a $1 billion global opening.

The Dow had slouched toward another dismal open on Friday when surprisingly bullish GDP data triggered a collective stock market bounce. The Bureau of Economic Analysis reported that GDP jumped by 3.2 percent in the first quarter.

Analysts had expected the US economy would grow 2.5 percent during the quarter, and some feared that the 35-day government shutdown had stunted growth even further.

So that’s what’s moving the Dow on Friday.

Over a longer time horizon, Dow blue-chip Disney could embark on a major rally due to the success of “Avengers: Endgame,” which opened on Thursday night to rave audience reviews and a 97 percent “Fresh” rating on Rotten Tomatoes. 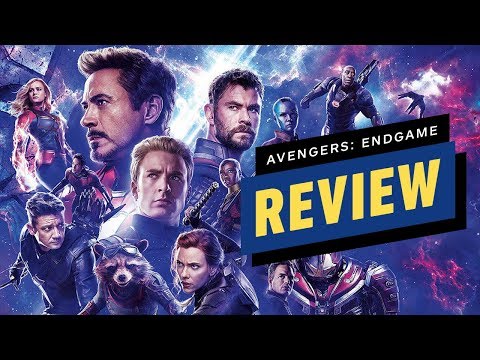 According to AMC Entertainment, “Avengers: Endgame” is already smashing US box office records. The movie theater company revealed that it would show the $400 million film 58,000 times over the weekend. That’s a full 10,000 more than the previous record – set by “Avengers: Infinity War” in 2018 – and AMC CEO Adam Aron said that the company is prepared to sell up to 10 million tickets during the movie’s opening weekend.

No word on how many of those tickets are reserved for repeat-viewers who miss key scenes during a poorly-timed bathroom break as a result of the film’s mercilessly-long three-hour runtime.

Regardless, the movie also crushed international box office records. Thanos and friends raked in a staggering $107.5 million from China en route to a record international opening-day haul of $169 million. All told, the final film in the Avengers series should gross more than $700 million from the international market during its first week and could top the $1 billion mark globally.

None of this is particularly surprising, which is one reason why Disney stock stormed to an all-time high of its own – $137.24 a share – on Thursday before the movie opened.

Even so, stock market analyst Mark Newton believes the Dow blue-chip will ride the “Avengers: Endgame” euphoria even higher into the stratosphere.

“I still think it goes a bit higher,” Newton, managing member and founder of Newton Advisors, said on CNBC’s “Trading Nation.” “My technical targets are up near $150 to $155, so you could see a little bit more on the upside. Tough to take profits with a stock at brand-new highs.”

Newton’s forecast anticipates that DIS shares will enjoy another 13 percent to 18 percent bounce before the magic runs out for the House of Mouse – even though the stock has gone parabolic in 2019 and its Relative Strength Index (RSI) is screaming that DIS is overbought.

“It’s just broken out of, really, a three-year base on very, very good volume. So, yes, it is near-term overbought, but any pullback would be a chance to buy into this stock, ideally from, really, $120 to $130 area,” he said. ”[It’s] really premature to think about selling right now based on technical and fundamental reasons.”

Disney stock rose 1.09 percent on Friday to put DIS well on its way to its second-consecutive record close.