By CCN.com: The Dow Jones stood resolute amid heavy selling pressure on Thursday after the inversion of the US yield curve once again proved to be a lead weight on the broader US stock market.

However, a rally from the DJIA’s largest component continues to hold the index in positive territory, even as the S&P 500 and Nasdaq suffer declines.

The DJIA was the only one of Wall Street’s three major indices to consolidate its morning rally, even though just half of its 30 members reported gains as attention turned to Jackson Hole.

We all know that Donald Trump is not a fan of the Federal Reserve’s current approach to monetary policy. The president would love to see the Dow at 30,000 and interest rates closer to what they are in Europe.

The Economy is doing really well. The Federal Reserve can easily make it Record Setting! The question is being asked, why are we paying much more in interest than Germany and certain other countries? Be early (for a change), not late. Let America win big, rather than just win!

Esther George, the Kansas City Fed president, disagrees that there is a further need for rate cuts. The Fed member is now questioning whether the economy even needed the first cut that they made:

“My sense was we’ve added accommodation, and it wasn’t required in my view. With this very low unemployment rate, with wages rising, with the inflation rate staying close to the Fed’s target, I think we’re in a good place relative to the mandates that we’re asked to achieve.”

US yields appeared to sell off after her comments, and the Dow Jones has now retraced almost all of its trading day gains over longer-term growth concerns.

The probability of a less market-friendly Jerome Powell at Jackson Hole looks to be rising as a result.

A large amount of faith is given to the yield curve due to its high probability of success as a recession indicator. Although not perfect – and not a precise “timing tool,” when Wall Street can trade with a probability far exceeding 50% – there is going to be speculation.

An overbought Dow Jones was always going to be a clear target for bears in this scenario. 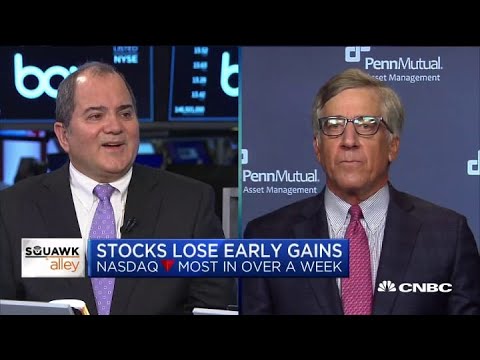 It looks to be a great day for Boeing, as its stock soared on news that the company picked up an additional $1 billion contract. This couples with recent bullish news about the 737 Max relaunch.

Apple, Microsoft, and Cisco were all down on a bad day for tech in the Dow Jones.

Microsoft, in particular, was sharply lower, losing 1.34%. The losses for MSFT may have been partly due to some privacy bombshells. News broke that the company has been listening to gamer audio, potentially embroiling it in a very negative PR situation.