Fresh stimulus talks begin today at the White House, but there’s no mention of extending the $600 weekly unemployment ‘lifeline’

It looks like a nervous start to the week over on Wall Street. The Dow Jones Industrial Average (DJIA) fell by triple digits in early-session trading.

All eyes are on the White House today as Treasury Secretary Steven Mnuchin kicks off a fresh round of stimulus talks. And there’s one big item is missing from the agenda: the $600 weekly unemployment boost. 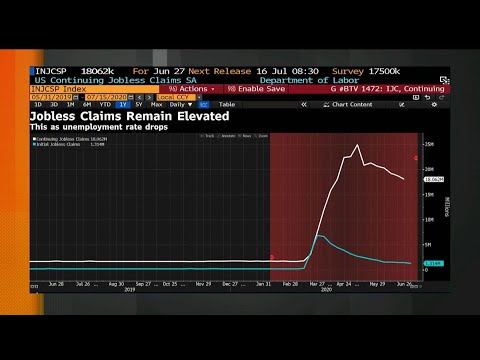 I see no mention of extending unemployments benefits at any level.

Removing the $600 weekly boost – referred to as the country’s “crucial economic lifeline” by Bloomberg – will slash consumer spending power by $19 billion a week. That’s a huge blow to the U.S. economy which relies on a strong consumer.

With the government leaving itself so little margin for error as negotiations resume, it was no surprise to see the Dow Jones turn lower on Monday.

After posting its first weekly loss in three weeks, the Nasdaq looks set to outperform today, moving around 0.4% higher to 10,543.39. But that won’t stop alarmists calling for a second tech bubble.

Walking over the fiscal cliff

Today’s White House talks come as we edge closer to the ‘fiscal cliff‘. Many of the original stimulus measures brought in to soften the blow from the pandemic are about to run out.

This week, we’ll see the end of the eviction moratorium. It could trigger a wave of family evictions as 23 million households say they’re worried about paying next month’s rent.

The $600 weekly unemployment boost will also expire by the end of the month. 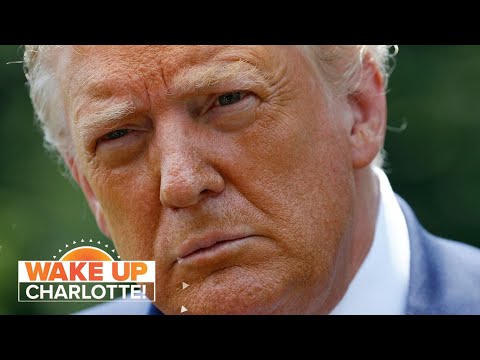 The money has been a crucial part of the recovery so far. Additional checks meant that average household income rose during the crisis, despite record jobless claims. The White House is concerned that people have little incentive to look for work when the benefits are so generous. Mnuchin was pretty clear last week when he said:

Analysts are looking for a $1 – $1.5 trillion injection. The White House reportedly has a red line drawn at $1 trillion.

The package is expected to prioritize funding for therapeutics and vaccine trials. Schools are expected to get a boost in funding to support re-opening efforts in the fall. The package is also likely to extend the Payroll Protection Program (PPP).

Trump is expected to fight hard for a payroll tax cut. The president wanted it included in the first package and this may be a line in the sand for Republicans.

Where is the Dow heading next?

Elsewhere on the markets, traders are bracing for a second big week of earnings. The first major tech companies are in the spotlight this week. Will the results justify their lofty valuations of late?

IBM reports after the bell tonight, followed by Tesla, Intel, Microsoft, and Twitter later in the week.

Blackrock analyst Ben Powell remains cautiously optimistic on the stock market’s outlook. Speaking to CNBC this morning, he said the bank is ‘neutral’ on global equities but thinks investors should maintain exposure to the market.

This extraordinary blending of fiscal and monetary policy we’re seeing all over the world, is broadly helping risk, so we want to be exposed to risk.

Federal Reserve policy will be crucial in maintaining these levels, he added.