Donald Trump sauntered into North Korea, made nice with China, and primed the Dow for a parabolic surge to kick off the second half of the trading year.

However, some analysts remain skeptical that Trump’s “whirlwind diplomacy” was anything more than a photo op.

A photo op that could come home to roost for a stock market rally that just saw the Dow record its best June performance in four-fifths of a century.

All of Wall Street’s major indices raced toward monster rallies during July’s opening session. By 9:32 am ET, the Dow Jones Industrial Average had surged 246.96 points or 0.93%, carrying the DJIA all the way to 26,846.92.

President Trump frequently complains that he does not receive sufficient credit for the stock market’s ascent during his White House residency. But he won’t have to fret about that today.

Trump made the most of his trip to Asia for last weekend’s G-20 summit, and there is little doubt that he gave Wall Street exactly what it was hoping for when he struck a tariff truce with Chinese President Xi Jinping.

And in case that wasn’t enough, his surprise – and historic – meeting with Kim Jong Un has reignited optimism that the US and North Korea will resume bilateral discussions. 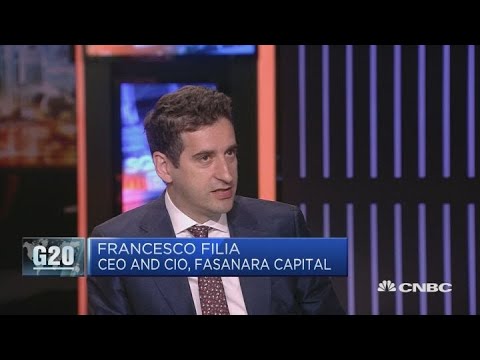 However, while these developments generated blockbuster headlines, analysts worry that they have done little to alter the stock market’s fundamental picture.

Morgan Stanley chief economist Chetan Ahya warned clients that although the Trump-Xi meeting could stave off – or at least postpone – further escalations, there is no evidence that it brought the US and China any closer to resolving the deep-seated disagreements that caused negotiations to blow up in early May.

After all, the meeting lasted only 80 minutes.

“As things stand, we lack clarity on whether real progress was achieved on the sticking points that caused talks to break down in the first place,” Ahya said in a note to clients on Sunday, per CNBC.

Former Chinse ambassador to Britain Ma Zhengang was even blunter in an interview with the South China Morning Post.

“I am not at all optimistic about the prospects for the trade talks or our ties,” Ma said.

Meanwhile, the US economy continues to flash dangerous recession indicators.

Writing in a Bloomberg Opinion article, financial analyst Gary Shilling warned that revised jobs data indicates that US business activity may have peaked in March.

In fact, the “recent deceleration in U.S. jobs growth suggest that the business downturn may already be underway,” he said.

Shilling also sounded the alarm on falling US Treasury yields, which he said are often “a better forerunner of recessions than stock prices.”