The Dow Is Fizzling – But Stocks Just Did Something Insanely Bullish

The Dow may be trading down today, but doomsday analysts have plenty of reason to go dormant. The stock market’s bellwether index completed a technical formation called a “golden cross” on Thursday – and it’s insanely bullish for stocks.

Bullish technical formation or not, U.S. stocks are struggling on Friday morning. The Dow’s five-day winning streak could be at risk.

The S&P 500 and Nasdaq traded mostly flat after recovering from moderate losses previewed by the overnight futures session. 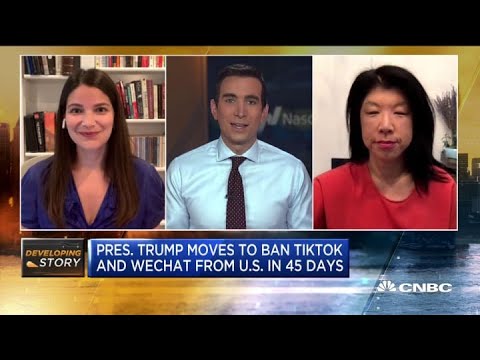 Trump had already given ByteDance – TikTok’s developer – an ultimatum: Sell the app’s U.S. operations to a U.S. company or risk expulsion. These orders up the ante. According to analysts at Eurasia Group, it could be a “turning point” in U.S.-China tensions:

The US actions against TikTok and WeChat could be a turning point in Beijing’s calculus around how to respond to the US policy actions that have now either impacted or threatened to impact all of China’s national tech champions.

The stock market faces a dizzying docket of short-term threats. The pandemic. Stimulus gridlock. An unemployment crisis. The election. Seasonal trends. And now an inevitable flare-up in U.S.-China tensions. It seems like the list grows longer by the day.

That’s the bad news – but there’s good news too.

The Dow Formed a ‘Golden Cross’ – Here’s What That Means

The S&P 500 formed a golden cross of its own a month ago. At the time, Bank of America chief equity technical strategist Stephen Suttmeier said the formation is a particularly potent signal during recessions.

Here’s the most important thing to remember about the “golden cross”: it’s a long-term indicator. There’s no guarantee the Dow is going to go on a rampage today, next week – or even next month.

Not every analyst thinks the golden cross is an indicator worth trading on. And even those who do warn it can sometimes be a trap.

Ari Wald, head of technical analysis at Oppenheimer & Co., put it this way:

All big rallies start with a golden cross, but not all golden crosses lead to a big rally.

This is particularly true during periods of enhanced volatility.

Don’t forget that the Dow formed a “death cross” – the opposite of a golden cross – during the stock market meltdown in March. Bears predicted that this death cross augured an even steeper crash ahead.