The Dow Jones struggled on Tuesday, and even high-profile testimony from Treasury Secretary Steven Mnuchin and Federal Reserve Chair Jerome Powell failed to give the stock market meaningful support.

There’s a strange mixture of fear and optimism on Wall Street. Coronavirus data appears to be moving in the right direction, but as the pandemic surpasses weighty milestones – 1.5 million cases in the U.S. and nearly 5 million worldwide – it’s prompting some reflection about the extent of the damage.

The Dow Fell Because Coronavirus Risks Lurk as Economy Reopens

The stock market’s major indices diverged on Tuesday, though none of them traded with much conviction.

Jerome Powell and Steven Mnuchin’s testimony in the Senate had almost no discernable effect on the Dow. Neither official was prepared to rock the boat, nor did they give investors any new information worth trading on. 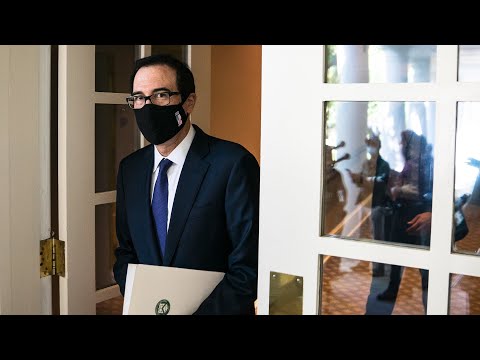 Crude oil hovered around the $32 handle, providing some underlying support to the stock market. Though this price is still low, it is lightyears above the negative prices that were seen last month.

U.S. housing starts plunged worse than expected in April, posting a contraction of 30% against expectations of an 18% drop.

The ramifications of this would usually be considered quite severe. But given how bad most of the data looks in all facets of the domestic economy, investors have not been reacting much to even the ugliest of statistics.

What matters for Dow bulls is still the coronavirus pandemic, and Monday’s massive rally was triggered by progress in Moderna’s vaccine trials. (Even if experts dispute how significant that progress really is.)

As roughly half of the U.S. population sees their states reopen, Texas is an important test case for a country that just surpassed the 1.5 million case checkpoint.

Things are looking solid, with an increase in testing resulting in a lower rate of infection – even if cases are still very much on the rise.

ABN AMRO’s Bill Diviney sees things moving mostly as expected, but he does not anticipate anything more than a gradual increase in economic activity.

The reopening is moving roughly in line with the base case, which importantly does not assume any renewed spike in virus cases that requires a re-imposition of restrictions. Given that it is still very early days in the reopening, that risk remains significant. More broadly, we continue to expect the reopening process to be a gradual one.

If the reopening is on track, the pricing in the Dow Jones appears to leave a binary situation. Setbacks clearly leave stocks overvalued, and positive developments will only fuel more bullish risk-taking.

The Dow 30 was an uneventful place for most of the session, and most stocks traded pretty flat.

There was some action in Walmart, whose sales beat estimates. But a strong $5 bounce at the open of trade faded, and the day eventually turned into a loss for the U.S. grocery giant.

Bulls are cautious about the bumper sales continuing as household spending feels the pinch of widespread unemployment. 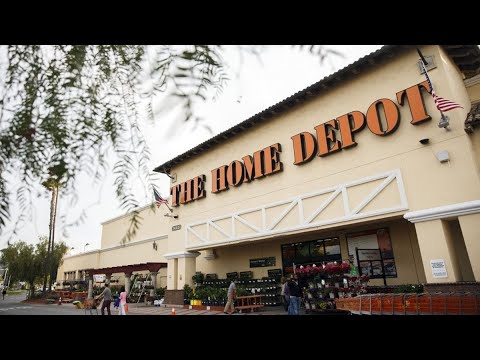 Home Depot fell 2.4% after keeping its dividend on hold, but its outlook remains very unclear with forward guidance now suspended.

Nike and Intel were the top-performing members of the Dow Jones. Both rose more than 1% on the day.