With the Federal Reserve preparing to cut interest rates for the first time since the Great Recession and the U.S.-China trade talks humming along once again, the Dow has every reason to continue pressing higher in Q3.

Throughout the past month, the Dow Jones has seen an increase of 1.77 percent from 26,717 to 27,192, establishing a new record high earlier in July.

According to a report by the Financial Times, Federal Reserve Chairman Jerome Powell is expected to formally announce a cut to the country’s benchmark interest rate for the first time since 2008 this week.

In recent months, Powell and the Federal Reserve have seen pressure from U.S. President Donald Trump, encouraging the central bank to take an aggressively-dovish approach to interest rate policy.

“It is far more costly for the Federal Reserve to cut deeper if the economy actually does, in the future, turn down! Very inexpensive, in fact productive, to move now. The Fed raised & tightened far too much & too fast. In other words, they missed it (Big!). Don’t miss it again!”

In the weeks before the latest statement on the interest rate, Trump alleged that if the Fed would lower the nation’s interest rate, the country’s economy and key indices like the Dow Jones would demonstrate overwhelmingly strong growth, like a “rocket ship.”

After several in-house meetings, President Trump is expected to get his first rate drop, despite the display of the robustness of the U.S. economy throughout July.

Intensifying geopolitical risks due to the tension between the U.S. and China, along with other trade disputes involving significant economies like Japan and South Korea, are considered to be the key factors behind the potential rate cut.

Moreover, Fed Chair Powell said that the U.S. economy’s current growth rate and the strong performance of the equities market as seen by the recovery of the Dow Jones do not guarantee invulnerability to substantial risks in the medium to long-term, placing heavy emphasis on various threats the central bank has been evaluating.

“Monetary policy in one country can influence economic and financial conditions in others through financial markets, trade, and confidence channels. Pursuing our domestic mandates in this new world requires that we understand the anticipated effects of these interconnections and incorporate them into our policy decision-making,” Chairman Powell reportedly said prior to the FOMC meeting.

Next week, according to the Wall Street Journal, representatives of the U.S. and China are expected to hold a meeting to discuss the possibility of establishing a partial trade agreement rather than a comprehensive deal, which has become increasingly unlikely since May. 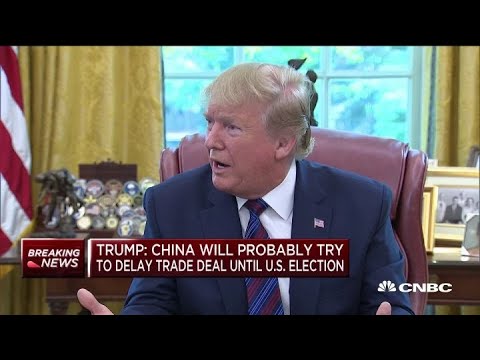 The U.S. and China have already made progress toward addressing thorny agricultural disputes, Center for Strategic and International Studies senior adviser William Reinsch told the Journal, but he noted that those deals only account for 30 percent of the Trump administration’s demands.

The potential rate cut has been anticipated by many investors in the U.S. stock market and may well be priced into equities valuations at this juncture.

However, the anticipation of the establishment of additional minor deals to mend the ongoing trade dispute between the U.S. and China could raise the sentiment around the equities market, sending stock prices even higher in Q3.