The Dow surged more than 500 points yesterday, and this time, it’s for real. This isn’t the big-tech bounce like we saw drive the markets through April and May. This is a broad rally across risk-assets, commodities, and beat-up travel stocks.

Just look at who was headlining the rally before the opening bell today:

Other big risers this morning included Park Hotels, Boeing, and General Electric. This is a bet on a recovery for travel, offices, agriculture, aerospace, and commodities. It’s a much healthier swell compared to the last two months, which was powered by five tech stocks.

The stock market continues to leave many investors and billionaires baffled with its anti-gravity rally.

That’s nearly 300 points off its session high, but it’s a testament to the health of the rally.

Since the March 23rd bottom, the S&P 500 powered higher on the back of Amazon, Microsoft, Facebook, Google, Apple, and Netflix. This was a precarious rally, concentrated in a just a handful of stocks. Never a good sign. 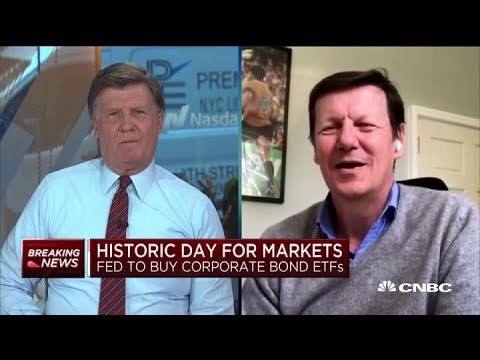 But look what happened during yesterday’s explosive trading session. The biggest winners in the Dow Jones were 3M, Caterpillar, Goldman Sachs, and Raytheon. The biggest losers? Apple and Microsoft.

The risk on is across the board. It’s not just stocks, it’s other risk assets, it’s fixed income, it’s currencies and it’s commodities.

This Dow rally is broader and stronger

The S&P 500 recently became more concentrated than any time since the 1970s. Five stocks made up a whopping 25% of the index as investors fled to big-balance sheet safety.

Slowly but surely, that money is flowing into other corners of the market. It may be too early to declare a full recovery, but it’s a positive sign.

The inflows into exchange-traded funds (ETFs) were telling yesterday. Among the biggest gainers was the U.S. Global Jets ETF, which tracks airlines (+11.8%). The Vanguard Financials ETF, which tracks banks, was up 5.75% and the DFEN aerospace ETF jumped 14%.

Not everyone is bullish up here

Despite the broadening out of the market, JP Morgan remains cautious. In a note issued yesterday, analysts warn that stocks could run out of momentum over the summer.

Investors should not overstay their welcome in the bounce, in our view, where we reiterate that it is likely to peter out as we enter summer.

George Gero at RBC Wealth Management also struck a defensive tone. He believes the ongoing tension between Trump and China may put a cap on a full recovery. Especially going into the election cycle in November.

I think we’re going to give back a little bit soon as more political headlines emerge and people start thinking about problems with China, problems in Europe, problems everywhere the investor looks.

The China problem reared its ugly head at the end of yesterday’s trading session. Trump’s threat to impose sanctions on Chinese companies knocked the wind out of the market’s momentum in the last hour of trading.

Disclaimer:  The opinions expressed in this article reflect the author’s opinion and should not be considered investment advice from CCN.com. The author holds no investment position in the assets mentioned above.