Tensions between America and China are reaching boiling point as Secretary of State Mike Pompeo came out swinging last night. He began by accusing China of covering up the severity of the coronavirus outbreak.

[China] covered up how dangerous the disease is. It didn’t report sustained human-to-human transmission for a month until it was in every province inside of China. It censored those that tried to warn the world. It ordered a halt to testing of new samples and it destroyed existing samples. 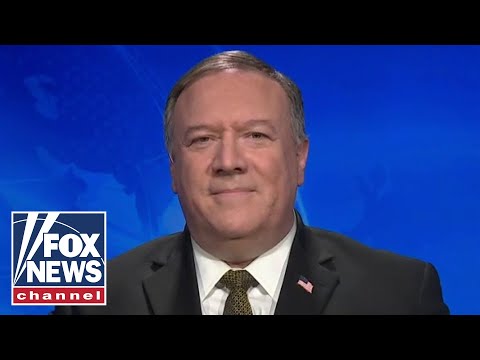 In a later interview, he further legitimized the conspiracy that a Wuhan virology lab may have some involvement in the virus.

The rising conflict between the two nations threatens to reignite the trade war.

Dow futures contracts looked nervous overnight, swinging in and out of positive territory ahead of another ugly jobless claims report. Another 4.4 million Americans filed unemployment claims, bringing the five-week total to a staggering 26.4 million.

White House gets aggressive on China

In a blistering statement, Pompeo blamed both the World Health Organization and the Chine government for failing to react fast enough.

We strongly believe that the Chinese communist party did not report the outbreak of the new coronavirus in a timely fashion to the World Health Organization.

He demanded more openness and transparency from China, and accused the nation of bullying its neighbours, Hong Kong and Taiwan, during the pandemic. The remarks are likely to stir controversy in Beijing.

It’s not shocking that our adversaries and competitors would use information in the digital environment to achieve their aims. I think everyone learned a bit from Russian interference … They took advantage of the Covid pandemic as quickly as they did, it’s kind of a perfect storm of how you create chaos and sow distrust. 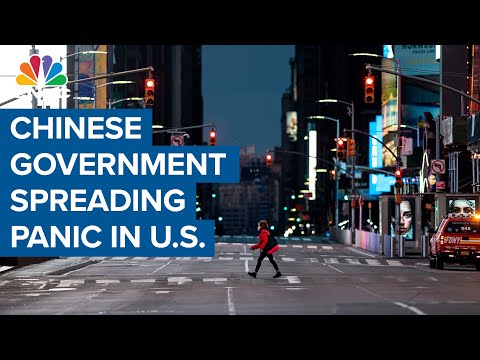 Although Beijing has yet to respond directly, the editor of China’s English-speaking newspaper Global Times had some strong words for Mike Pompeo. Hu Xijing called him a “big mouth politician.”

What you’re spewing out is just political virus that undermines global solidarity. Tell the world what contribution the US has made to humanity’s virus fight?

Tension is brewing. And the last thing the stock market needs right now is a return to US-China trade tension. The much-lauded phase one trade deal may already be crumbling as law-makers urge Trump to demand more concessions in light of the Covid-19 outbreak.

Elsewhere on the market today, investors had to digest another painful jobless claims report.

With more than 26 million Americans filing for unemployment insurance in the wake of the coronavirus crisis, a decade of new jobs has now been wiped out in the space of five weeks.

As Joseph Brusuelas at RSMA put it:

It wipes out all the job gains during the long expansion. Once the economy begins to reopen initial claims will slow, but we have to be honest, not everyone is going to get their jobs back.