Over the weekend, negotiators of the U.S. and China have reportedly made “new progress” in their recent round of discussions, touching specifically on the protection of intellectual property. Enthusiasm over this development could propel the Dow Jones toward a new all-time high following Monday’s market open.

Due to the Federal Reserve’s decision to maintain its benchmark interest rate at its current level at least until the year’s end and the record low unemployment rate, the Dow Jones has added nearly 400 points since April 1.

The Dow Jones is less than 310 points from achieving a new all-time high, a mere 1.18 percent increase from its present level at 26,429.

The U.S. and China initially set March as the deadline for a comprehensive trade deal, confident that both sides would be able to agree on tariffs and other various issues.

While the two countries have seen significant progress on tariffs, the U.S. has always been adamant that the intellectual property of U.S. technology companies operating in China have to be protected.

The protection of the intellectual property of U.S. companies in China would mean a major change to the industrial policies currently implemented by the Chinese government, and Chinese negotiators are said to have been resisting such a compromise.

On April 6, however, Reuters and the state broadcaster of China reported that a draft agreement text on the protection of intellectual property along with other key issues was discussed, further fueling the development of the trade deal.

“The two sides discussed draft agreement text on issues including technology transfer, protection of intellectual property rights, services, agriculture, the bilateral trade balance, and an implementation system, and will continue to talk on remaining issues, the state broadcaster reported,” reported Reuters from Beijing.

With more progress in the U.S.-China trade talks, various fundamental factors including strong jobs growth indicating the unlikelihood of an economic slowdown in 2019, and the Fed’s patience on its rate, the Dow is at an ideal position to see continuous momentum. 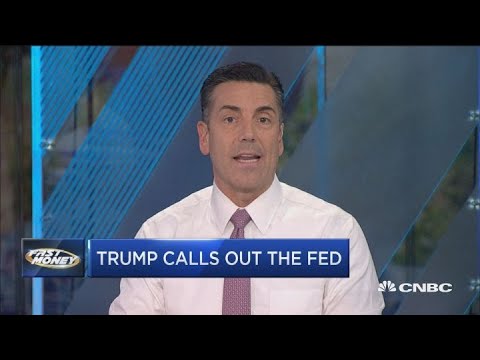 On March 7, the Dow plunged below the 25,500-point mark as recession warnings intensified.

Primarily due to the weakening eurozone economy and the geopolitical risks surrounding the U.S. and China, the U.S. market struggled to remain stable.

The Organization for Economic Cooperation and Development (OECD) said at the time:

“The global expansion continues to lose momentum. Growth outcomes could be weaker still if downside risks materialize or interact.”

Thomas noted that the slowdown of the eurozone economy, which is recognized as the main catalyst of the slump of the global economy in March, was heavily affected by the hardships of China.

The efforts of the Chinese government to decrease the risk of its economy led to a decline in real estate development and its domestic market, which then impacted the eurozone.

Based on the analysis of Thomas, a comprehensive trade deal should drop the recession risk of the global economy if the trade deal between the U.S. and China is to be established in the coming months.

The deal would lead to the recovery of the eurozone and directly affect the U.S. equities market, which may lead the Dow to break past its all-time high despite the caution of some strategists that stocks may have become too expensive for most investors.