The Dow sputtered to a half-hearted recovery on Thursday as investors grappled with the realization that, despite cutting interest rates for the first time since 2008, the US Federal Reserve will not blindly craft its monetary policy to meet the demands of a greedy market – or President Trump.

All of Wall Street’s major indices rose during the morning session, but only one secured a noteworthy recovery.

Stocks failed to recover from their July 31 bloodbath as Wall Street continued to wrestle with, not the Federal Reserve’s 25-basis point interest rate cut, but Fed Chairman Jerome Powell’s inscrutable commentary in the minutes that followed.

Powell rocked the market when he announced that the rate cut was a “mid-cycle adjustment,” suggesting that it was not “the beginning of a lengthy cutting cycle.”

“That is not what we’re seeing now, that’s not our perspective now,” Powell said. 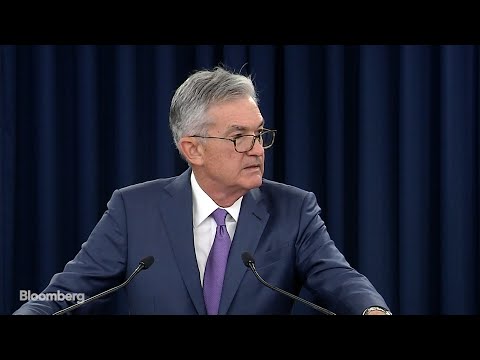 And while he stressed that this wasn’t necessarily the only rate cut the Fed would execute during the current cycle, it threw cold water on the market’s expectation that the Fed would reduce interest rates two more times in 2019, following its September and December FOMC meetings.

According to CME’s FedWatch Tool, traders still expect the September cut, but the odds have shifted against a third cut in December.

The Fed’s confusing commentary through the stock market into absolute disarray. The Dow crashed 1.23% after shedding as much as 400 points during the volatile afternoon session. The S&P 500 dropped 1.09%, and the Nasdaq endured a 1.19% plunge.

Judging by Thursday’s dismal open, it does not appear that stocks will regain those losses before the closing bell.