The U.S. stock market is taking a hard-earned breather on Tuesday after four straight days of gains. Weighed down by Boeing, the Dow Jones Industrial Average (DJIA) fell as much as 200 points at the opening bell.

The selloff began in the futures markets last night but accelerated as one Federal Reserve insider issued a gloomy statement. In an interview with the Financial Times, Raphael Bostic, president of the Federal Reserve Bank of Atlanta, said the recent economic bounce was now “levelling off.”

There are a couple of things that we are seeing and some of them are troubling and might suggest that the trajectory of this recovery is going to be a bit bumpier than it might otherwise.

The news sent a shiver through the stock markets, which, until now, had priced in a V-shape recovery.

It’s no surprise to see global stocks cooling off today after the Dow’s blistering 459 point rally on Monday. European stocks all suffered big declines, and the major U.S. indices took a breather too.

Bostic, whose district includes the virus-hit state of Florida, said that business openings and mobility were reversing.

The biggest threat, he says, is the permanent closure of small businesses. The knock-on effect is that ‘temporary’ layoffs will become permanent.

All the jobs associated with [small business closure] that will move from the temporary column into permanent column and that will be extremely painful. 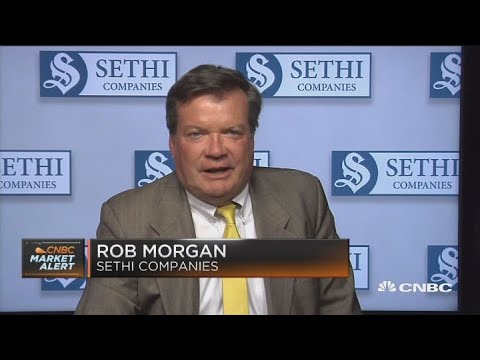 Everything from restaurant bookings to footfall to traffic data to small business activity was slowing down.

Worst of all, web traffic to unemployment portals was back up.

The much-hyped ‘V-shaped’ recovery is turning into a W, they concluded.

The Dow Jones bull case, according to Citi

Not everyone is so downbeat. David Bailin at Citi Private Bank said the economic recovery will continue for the next six-twelve months. Asked if the economy will get ‘cut off’ by the growing outbreak, he responded bluntly:

We don’t think it’s going to get cut off at the knees at all.

Despite the rise in cases across America, Bailin pointed to fewer fatalities and fewer intensive care admissions. He thinks the economy will ride out a second wave if it develops. And as for the stock market rally? It makes perfect sense, he explained, because the virus has only impacted a few sectors.

The virus has really impacted four sectors: leisure, healthcare, education and retail. Beyond those sectors, you’re seeing the economy rapidly return to normal.

Although the pace of returning jobs may slow down, the trend is likely to remain positive.

Stay invested in stocks for another two years: analyst

Washington Crossing Advisors’ Chad Morganlander is also bullish, although slightly more cautious. Speaking to CNBC this morning, he advised investors to stay the course through the crisis.

Stock prices look expensive, he says, but only if you look short-term. On the longer-term horizon, when earnings are more robust, the stock market begins to look more attractive.

I would start to pare back some of those high momentum growth names and also start to look at some of the industrials that have been beaten down.

His comments echo Freddie Lait at Latitude Investment Management. Yesterday, he remarked that most stocks still look undervalued. Only the high-growth tech stocks are looking frothy.