The Dow Jones is heading toward a narrow gain today, but one economist warns the economy’s unmistakable bright spot may start to “flicker.”

The Dow Jones Industrial Average (DJIA) has had a boring week, and early trading suggests it won’t buck that trend today.

Although the Dow Jones index has fallen in three of the last four sessions, it’s currently barely 100 points below where it closed last week.

Despite a sharp drop for Dow futures in pre-market trading, the index recovered in time for the opening bell.

While the broad stock market rocketed to all-time highs this week, economic data continues to paint a mixed picture of the recovery.

Thursday’s jobless claims statistics are an excellent example. New filings came in nearly 200,000 higher than expected, but continuing claims dove by more than 600,000.

Through it all, the economy has had one unwavering beacon of light: the housing market.

After the first wave of lockdowns catalyzed a sudden stop in homebuying activity, demand snapped back almost instantly.

Then inventories began to drive up, triggering an explosion in new construction. In July, both building permits and housing starts crushed economists’ estimates.

Altogether, the housing market is in better shape than before the pandemic, according to a comprehensive “Recovery Index” built by Realtor.com.

And it’s paying dividends throughout the economy.

Case in point: home improvement retailer Home Depot – one of the Dow’s most heavily weighted components – recorded a stunning 23.4% spike in year-over-year revenue during the second quarter.

As Stocks Recover, the Economy Faces a New Threat from an Unexpected Place

The housing market recovery caught everyone off guard, but it absolutely blindsided lumber suppliers.

Much like the overall housing market itself, the lumber industry is racked by a massive supply/demand imbalance. Watch this video for more details: 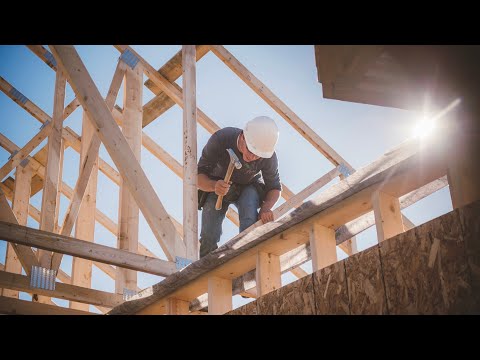 Lumber mills expected demand to plunge amid the pandemic, so they ground production to a halt in March and April when homebuilding activity stalled.

Four months later, lumber costs have gone parabolic. According to the National Association of Homebuilders, prices have spiked more than 120% since mid-April.

The lumber shortage is already having a tangible impact on the housing market. NAHB Chief Economist Robert Dietz says that the increase in lumber prices raises the cost of building an average single-family home by a staggering $14,000.

Because the housing market is increasingly looking to new construction to sate feverish demand, those costs could continue to ratchet higher. This will make homeownership an even less affordable prospect for many people – low interest rates or not.

And just as the recovery in residential real estate is “propping up the economy,” an affordability crisis threatens to topple its supports.

That’s why Dietz warns that the housing market – the economy’s indisputable “bright spot” – could “start to flicker.”

September 23, 2020 1 Comment
← Previous3 Reasons Gold’s Meteoric Rally is Suddenly Losing its Dazzle
Next →Move Over Gold: The Pandemic Is Causing a Frenzy Around Iron Ore