By CCN.com: A volatile Dow Jones Industrial Average lurched toward a 400 point setback on Tuesday as the clock continued to tick on President Trump’s high-stakes gamble that threatening to slap new tariffs on hundreds of billions of dollars of Chinese imports will force Beijing to sign a trade deal.

Some analysts, most notably billionaire Warren Buffett, laughed off the stock market’s hand-wringing, alleging that investors who sold in response to the alarming headlines were just being melodramatic.

Clock Ticks as Stock Market Counts Down to New Tariffs

Nevertheless, Wall Street remained apprehensive about the US-China trade deal on Tuesday, as strategists digested US Trade Representative Robert Lighthizer’s claim that the Trump administration would raise tariffs at 12:01 am ET on Friday.

“Over the course of the last week or so, we’ve seen an erosion in commitments by China, I would say retreating from commitments that have already been made in our judgment,” Lighthizer said.

Treasury Secretary Steven Mnuchin, who had been among the loudest trumpeters in the Trump administration’s trade deal progress parade, revealed that the state of the negotiations had suddenly gone “substantially backward.”

Chinese negotiators will travel to the US this week for a new round of trade discussions, but it’s unlikely that a trade deal will emerge before the clock strikes one minute past midnight on Friday morning. 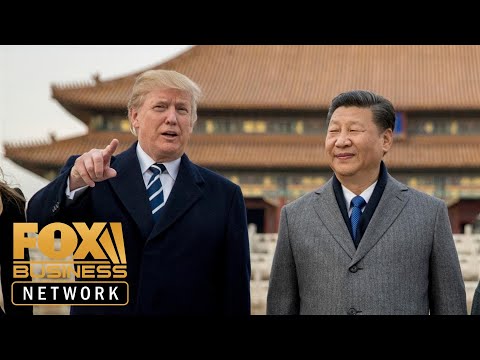 That’s when the stakes in Trump’s ruthless China gamble will begin to intensify. Stock markets in both the US and China could suffer under the enhanced tariff regime, particularly if Beijing calls Trump’s bluff and retaliates in kind.

Moreover, if the White House follows through on its threat to expand tariffs to another $325 billion of imports, analysts warn that its US consumers that will feel the pinch – a key consideration heading into a presidential election year.

“I remain hopeful that a deal comes and we won’t see new tariffs on Friday,” said Peter Boockvar, chief investment officer at Bleakley Advisory Group, in remarks cited by CNBC. “But it’s clear the level of mistrust between the two sides will last for years and some of the tariffs will remain as part of the enforcement tools.”

Does Trump Have the Fortitude to Go All-in on His Trade Deal Gamble?

Bolstered by a red-hot US economy, Trump likely holds the upper hand. Just look at the havoc his $500 billion middle finger wreaked on China’s stock market on Monday.

However, will the “Art of the Deal” author – who notoriously looks to Wall Street to affirm the efficacy of his economic policies – demonstrate the fortitude to weather a short-term correction when trade war-susceptible stocks like Caterpillar drag the Dow into the red?

Answer that question, and you’ll likely know whether the White House will succeed in its quest to fundamentally reshape US-China relations or just become the latest administration to slap a band-aid on a standoff of economic superpowers that has simmered for decades.