Investors' main concerns over consumerism, a second wave and a depression are flailing - and it shows. | Source: AP Photo/Mark Lennihan

The stock market continued its relentless march higher Wednesday morning, with Dow Jones Industrial Average (DJIA) rallying ahead of the open. The picture was more muted after the open as investors continued to monitor ongoing economic and geopolitical issues.

With the horizon looking brighter, one analyst thinks stocks are still below fair value. Even Wall Street’s biggest bears are throwing in the towel. Here’s James Bianco capitulating on his ‘bear market rally’ stance:

I think it’s foolish to stand in the way of [this stock market rally].

Dow futures pushed 100 points higher, as the market looked to extend Tuesday’s impressive rally. However, the rally soon fizzled, with the Dow losing 36 points, or 0.1%, by midday.

Traders are still monitoring geopolitical tensions in Asia and looking ahead to Federal Reserve chairman Jerome Powell’s second day in front of Congress.

Over the last few months, Wall Street bears have been chanting about the same three things:

Day by day, each of these three fears are getting smaller. Just yesterday, U.S. retail sales bounced back by 18%, eclipsing the 8% expected rate. JP Morgan’s consumer spending tracker shows a consistent rise since the March bottom. The consumer is coming back.

Despite the scary headlines, fears of a second wave are likely overblown. A new treatment in the UK, Dexamethasone, reduces deaths by a third in the most severe cases. And even if there is a second wave, countries are more vigilant and will react faster. For that reason, Morgan Stanley managing director Deyi Tan, says a second wave isn’t even part of their investment base case.

So at this point in time, we don’t expect a second wave to actually cause the global economy, or Asian economies, to go through a double dip.

And lastly, those fears of a Great Depression? Well, all signs point to an economy that is recovering faster than most anticipated. Everything from unemployment, mortgage applications, house prices, car prices, and dining out has bottomed and begun to recover.

The Dow and S&P 500 are below fair value

That’s the view of Stephane Monier, chief investment officer at Banque Lombard Odier. His firm’s base case is a V-shaped economic recovery. With that in mind, he thinks the stock market is still slightly undervalued. 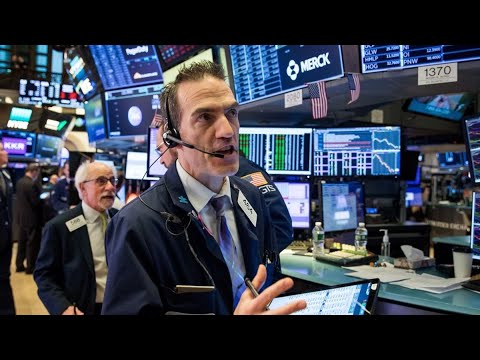 Even the bears are capitulating

As the fears fade, the Street’s loudest bears are beginning to change their tune. Stanley Druckenmiller admitted he was “humbled” by the latest rally while he sat on the sidelines. Now, researcher James Bianco has capitulated, too. Until recently, he was adamant this was a ‘bear market rally’. It might still be, but he began buying back into stocks last month.

Theres been a massive flood of money among retail investors into this market. And that doesn’t look like it’s stopping, and that is going to continue pushing this market higher.

He also said he didn’t appreciate the level to which the Fed’s support would sustain the rally.