The Dow snuck higher on Thursday as Wall Street reckoned with Beijing’s “controlled depreciation” of the yuan. However, China has unleashed an alarming new threat that risks derailing the US economy.

The Dow advanced as investors brushed off concerns about China’s deliberate weakening of the yuan, which just days prior prompted the Trump administration to label the country a “currency manipulator.”

The People’s Bank of China (PBoC) on Thursday fixed the yuan at 7.0039 per dollar. Not only does that breach the psychologically-important 7-per-dollar ratio, but it’s also the lowest midpoint reference rate in nearly 136 months – since George W. Bush was still president.

But while historically weak, CNBC reports that today’s PBoC reference rate was stronger than the Reuters estimate, and Wall Street appears to have come to grips with what Tianjun Wu, deputy economist at The Economist Intelligence Unit, designated the “controlled depreciation” of the renminbi – another name for China’s currency.

However, a new threat – or perhaps a resurgence in an old threat – could command Wall Street’s attention in the coming months if the US-China trade war continues to escalate.

The South China Morning Post reports that the almost 300 members of the Association of China Rare Earth Industry issued a joint statement affirming their eagerness to weaponize their near-monopoly of the global rare earths market to aide Beijing as it wages a costly trade war with the Trump administration.

The association “resolutely supports the nation’s counter measures against US import tariffs on Chinese products,” the organization said in a statement. “US consumers must shoulder the costs from US-imposed tariffs.”

Rare earths play a crucial role in the production of hundreds of devices across industries, ranging from vehicles to smartphones.

According to Bloomberg, China supplies around 80% of all US rare earths imports. It also controls an estimated 95% of rare earths mining globally, making it difficult for US companies to find new suppliers if China hikes prices to counter US tariffs. 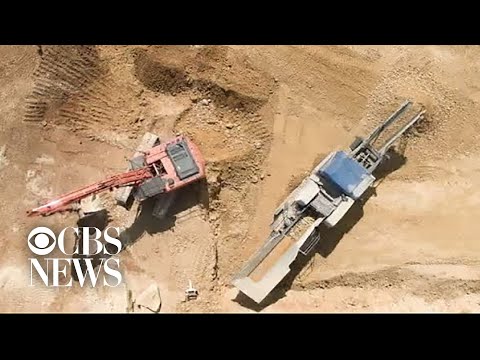 Rare earths briefly took center stage in the trade war debate in late May, when an editorial in the China’s People’s Daily – the Communist Party’s official newspaper – called for the government to leverage its dominant role in rare earths mining by drastically reducing exports.