The Dow Jones Industrial Average (DJIA) careened downwards today, falling as much as 400 points at its lows.

Much of the blame fell on the index’s most important stock, although a concerning trend in the U.S. labor market threatens to hamper the economy’s recovery.

Stocks had gotten off to a disappointing start, and the losses only accelerated as the day wore on.

One major risk that has always loomed over the U.S. economic recovery is that the country’s failure to contain the pandemic could cause initial progress to reverse. 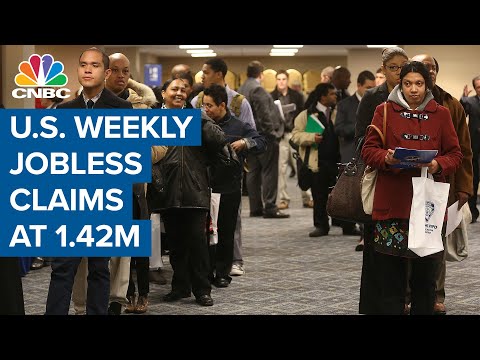 Continuing claims provided a silver lining, but it will be challenging for Dow bulls to maintain the same enthusiasm with the employment trend shifting for the worse.

Knightley believes Congress will eventually compromise on the weekly federal unemployment benefit. No matter where that compromise lands, Knightely says it’s going to take a toll on household incomes.

We are likely as a minimum to see the US$600/week tapered to something closer to US$200-450 per week given Republican concerns about the cost and whether it is actually creating a disincentive to finding work.

In an extreme case where the Republicans, the Democrats, and the President fail to reach an agreement before recess, this additional payment could disappear completely.

Treasury Secretary Steven Mnuchin’s proposal has the benefit halving to around $300 a week. The White House’s goal is to protect job-seekers while removing the incentive to stay on the jobless rolls.

If falling benefits cause more people to resume looking for work, we could see a dramatic increase in the “official” unemployment rate.

With the economy already in a tenuous state, the stock market faces a growing threat from Donald Trump’s pivot toward a more aggressive China policy.

Whether this is an attempt to rescue his poll numbers or not, the upshot is that it adds another downside risk for equities. This was evident in the Dow 30’s movements today. 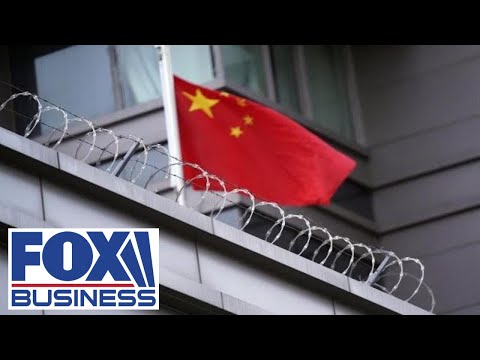 Dow stocks with China exposure came under heavy pressure. Apple, Dow Inc., and Caterpillar all fell on the day.

AAPL was the biggest weight on the Dow 30. The index’s heaviest stock dove 4.7%. Alongside China tensions, the stock is burdened with a multi-state consumer protection probe.

Fellow mega-cap tech stock Microsoft endured its own significant hit. The software giant tumbled 4% as the Nasdaq’s woes spilled out into the Dow.