The Dow is rallying as the U.S. housing market booms and Wall Street warms up to the prospect of a “Joe Biden stock market.”

With the Democratic National Convention officially in the books, it’s clear Wall Street is beginning to warm up towards Joe Biden. For the broad stock market, it might not matter all that much who wins the presidency.

Though often the laggard these days, the Dow Jones Industrial Average (DJIA) was the top-performing blue-chip index today.

Trump Vs. Biden Might Not Matter Much for the Stock Market

The Democratic National Convention dominated the headlines this week, giving Joe Biden plenty of opportunities to build on his polling lead over Donald Trump.

Watch the video below for a quick recap of his keynote speech last night: 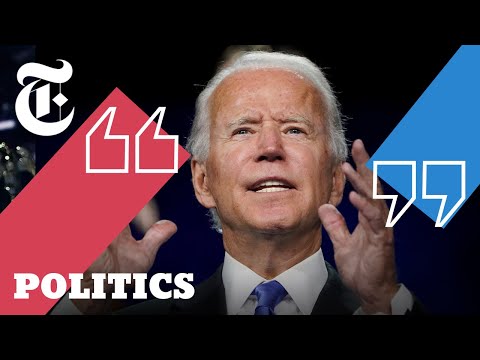 Helped by some damaging headlines to the White House yesterday, as well as the recent media attention, Biden’s betting odds have improved slightly over the last few days.

Despite this, it hasn’t all been bad news for the Trump campaign. Rasmussen’s daily Presidential Tracking Poll suggests his approval rating is at least moving in the right direction.

Given the focus on the upcoming election, ING released a report addressing all the potential outcomes in November – with an eye toward their impact on financial markets.

While Republicans are typically viewed as more the more “Dow-friendly” candidates, ING says that’s not necessarily the case this year. Any of Biden’s policies that are “detrimental to the stock market” will likely be offset by a more dovish approach to trade relations.

Initial knee jerk reaction of policies that can be construed as detrimental to the stock market partially offset by more predictable trade policy and relationship with allies/trade partners plus less scope to implement anything radical. Slightly faster bear-steepening of the USD yield curve to account for the lower trade risk premium in the months following the election.

If Trump does manage to squeak out a close electoral victory, investors should expect a more aggressive approach to trade, along with the deregulatory environment they’ve grown accustomed to since the president took office in 2017.

In other words, while Trump and Biden administrations might have different implications for individual sectors, the election result might not matter all that much for the overall stock market.

On an otherwise quiet Friday in the Dow 30, Apple stock went ballistic. AAPL shares rose nearly 5%, coming within a few cents of hitting $500 and lifting the company’s market cap above $2.1 trillion.

Only two other Dow Jones stocks rose more than 1%: Nike and Johnson & Johnson.

On the other end of the ledger, Boeing shares fell 1.2%, while Exxon slid 0.7% after a sharp climb in the rig count chipped away at the price of crude oil.

September 23, 2020 1 Comment
← PreviousMove Over Gold: The Pandemic Is Causing a Frenzy Around Iron Ore
Next →High Jobless Claims Aren’t Going Away in This ‘Record’ Stock Market