The Dow and broader US stock market quivered on Thursday, as Wall Street grew increasingly fearful that upcoming data readings will augur the impending conclusion of the US economy’s longest-ever expansion.

Those fears were partially realized this morning when a reading of the services economy flashed a bright red flag.

US Economy Teeters on the Brink

The Dow and its peers struggled to recover from their two-day bloodletting, as concerns about crucial economic data reports paralyzed investors.

On Thursday, ISM published its September nonmanufacturing purchasing managers’ index (PMI), which measures the health of the economy’s services sector. As economists feared, the reading came in far lower than expected, printing a 52.6 versus the Dow Jones consensus estimate of 55.3.

Today’s ISM reading still indicates services sector expansion, but analysts are concerned that it missed estimates by such a wide margin.

“If for some reason, [ISM services] drops to 52, 53, anything that’s below consensus … that would raise the concern that services output is beginning to slow as well, and you’d get that same picture if employment is weak as well,” Michael Gapen, chief U.S. economist at Barclays, told CNBC before the report’s release.

Services account for more than 80% of the US economy, so Wall Street will likely take the report as a significant recession warning.

It’s particularly concerning since it comes just two days after the ISM purchasing managers’ index (PMI) unexpectedly plunged to its lowest level in a decade (47.8), contracting for a second straight month and raising significant concerns about the state of US manufacturing.

The unexpected PMI miss thrust the Dow toward a 343.79 point decline on Oct. 1, which marked the index’s worst loss since August. That mark stood for precisely one session, as the Dow plummeted 494.42 points the next day. 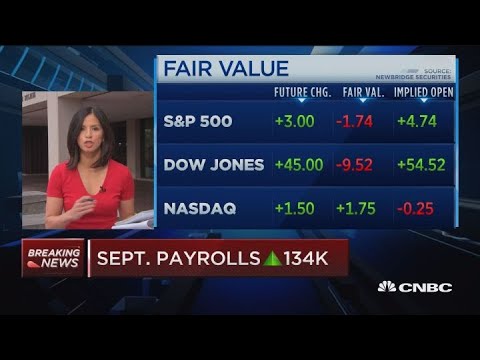 A strong services sector and robust consumer spending have buttressed the US economy throughout the trade war. However, the poor ISM nonmanufacturing reading, combined with a weakening labor market, could expose vulnerabilities in an economic expansion that is now the longest in US history.