The Dow clung to narrow gains on Monday morning after the ongoing Boeing scandal dashed any hope of a substantial rally predicated on a positive development in the US-China trade war.

The US stock market’s major indices diverged on Monday. The Dow Jones Industrial Average clawed to a slight gain of 19.02 points or 0.07%, bringing the index to 26,789.22.

The Dow lagged far behind its peers on Monday as the fallout from the latest incident in the ongoing Boeing 737 Max debacle continued to rock the aerospace giant’s stock, which is also the most heavily weighted component in the DJIA.

Recently-uncovered messages from 2016 suggest that Boeing test pilots might have identified potential problems with the MCAS safety system two years before Lion Air Flight 610 crashed in October 2018, killing all 189 people on board. Investigators have linked a faulty MCAS system to that crash, as well as the Ethiopian Airlines Flight 302 crash in March 2019, which killed another 157 people. 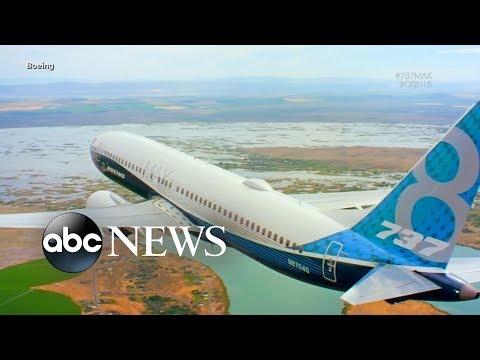 Boeing reportedly discovered these messages several months ago, but the company only just handed them over to the Federal Aviation Administration (FAA) last week, angering regulators and federal lawmakers.

Boeing will report earnings on Wednesday morning, with analysts forecasting a 40% plunge in quarterly profit. One week later, CEO Dennis Muilenburg will testify before the US House Transportation Committee, whose chairman, Representative Peter DeFazio, torched the company for concealing the “outrageous instant message chain.”

“This is no isolated incident,” DeFazio said. “Boeing withheld damning information from the FAA.”

Boeing stock endured substantial losses for the second straight session and now languishes around 25% below its 52-week high.

Beijing Lauds ‘Progress’ But Targets US for Trade Sanctions

Boeing’s woes offset optimism about the state of US-China trade relations. Early Saturday morning, Chinese Vice Premier Liu He lauded the “substantial progress” that the two countries had made during their latest round of negotiations earlier this month.

“China and the U.S. have made substantial progress in many aspects, and laid an important foundation for a phase one agreement,” Liu said, adding that Beijing is “willing to work in concert with the U.S. to address each other’s core concerns on the basis of equality and mutual respect.”

However, many analysts remain skeptical that the “phase one” agreement will generate further progress, while others fear that tensions could escalate before US President Donald Trump and Chinese President Xi Jinping sign the partial trade deal in November.

On Monday, Reuters reported that China would seek $2.4 billion in retaliatory sanctions against the US for failing to comply with a World Trade Organization (WTO) ruling that predates Trump’s presidency.

Those sanctions would be minuscule compared to the broader US-China tariff dispute, but the disagreement risks sprinkling salt on a wound that has been festering for 15 months.