Initial jobless claims dove on Thursday, but so did the Dow Jones Industrial Average (DJIA).

With no stimulus bill in sight and Republican lawmakers distancing themselves from Donald Trump, Wall Street may finally be counting the cost of a Joe Biden administration.

In any other scenario, investors would be horrified at such a large number – and the fact that continuing jobless claims are at 15.4 million – but progress is progress. 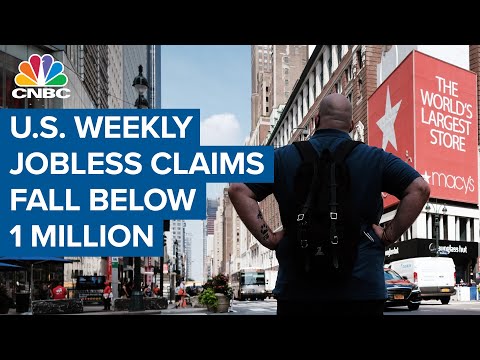 This could suggest the improvement is priced in. That’s a worrying thought for investors who are well aware of how frothy valuations currently are.

Two weeks after CARES Act unemployment benefits expired, Democrats and Republicans remain “miles apart” on stimulus talks. And despite Donald Trump’s executive orders, the lack of a comprehensive deal may be a threat to the stock market.

Much has been made of Democratic intransigence, but Republican infighting is a problem too. Senior economist Sebastian Galy at Nordea Asset Management believes that conservative lawmakers are on the verge of abandoning Donald Trump’s agenda as they struggle to maintain control of the Senate.

Galy said in a statement shared with CCN.com,

A reason why equities came under pressure is the lack of progress on the talks according to Senate Majority Mitch McConnel. With Democrats in a poor position, it is a function of whether the Republicans will stick to hot political buttons or not. The Senate is now focused on its own elections, not so much the US presidency, which is likely seen as a foregone conclusion.

Opting to appear fiscally conservative over delivering Trump a key victory shows how pessimistic Republican senators are about the president’s chances of winning reelection in November.

That’s something Wall Street must grapple with too. Battleground polling continues to favor Biden, and the ticket raised a staggering $26 million in a day after he picked Kamala Harris as his running mate.

Although Biden is far from a radical progressive, his victory would raise several major risks for stock prices. Higher taxes and more regulation are all back on the table after four years of Trump’s deregulatory agenda.

One bright spot for the Dow Jones might be Biden’s friendlier stance on China.

In the near term, relations with Beijing pose a threat. The White House will likely get desperate heading into November, and bashing China is one of Trump’s favorite tactics to drum up support in manufacturing-heavy swing states. 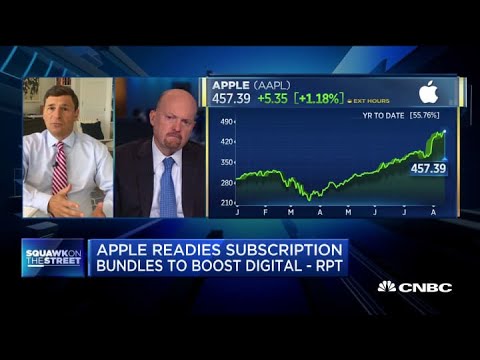 Dow 30 Stocks: Apple on the Cusp of $2 Trillion

The Dow 30 is becoming a tale of just one stock – at least for a little while longer – as Apple stock puts the index on its back.

A 1.5% rally saw the tech giant’s valuation hit $1.98 trillion at its intraday peak, putting it just a few dollars per share shy of the historic $2 trillion figure.

Elsewhere things were not so buoyant. Cisco Systems endured a horrific 11.7% loss after unveiling weak guidance – and despite posting decent earnings.

Exxon Mobil was the second weakest stock in the index, recording a 2.3% decline. Seven other Dow stocks fell at least 1%.