The Dow Jones Industrial Average and other major stock market indices crept closer to their all-time highs on Thursday after Beijing and Washington each took steps to rectify the deadlock that has crippled previous rounds of trade negotiations.

The Dow rose for the seventh straight day after the US and China each took steps to deescalate the trade war ahead of the next round of face-to-face negotiations in Washington.

As CCN.com reported, President Trump revealed that he would delay a 5% tariff increase on $250 billion worth of Chinese goods as a “gesture of good will.” Originally scheduled to take effect on October 1, Trump said the tariff hike would occur on October 15.

That two-week delay accomplishes two things. First, as Trump noted in a tweet, it pushes the tariffs back until after China’s national anniversary celebration. The People’s Republic of China was officially proclaimed on October 1, 1949.

Second, it should postpone the escalation until after the next round of trade talks, which officials say will take place in “early October.” If negotiations succeed in making substantial progress toward a deal, the two countries could agree to another tariff truce.

Trump’s announcement followed Beijing’s unexpected decision to exempt 16 US products from Chinese tariffs, the first such concession they have made since the trade war began. Likely referencing those exemptions, Trump tweeted on Thursday that he expects that “China will be buying large amounts of our agricultural products!”

WSJ: China Is Scheming to Fast-Track the Trade Negotiations

Meanwhile, the Wall Street Journal reports that Chinese officials plan to leverage this new era of good feelings to dramatically reduce the scope of the negotiations to exclusively encompass trade-related matters.

Stickier issues, such as forced technology transfer policies and the Hong Kong protests, would be eliminated from the trade talks and pushed onto a separate negotiating “track.” 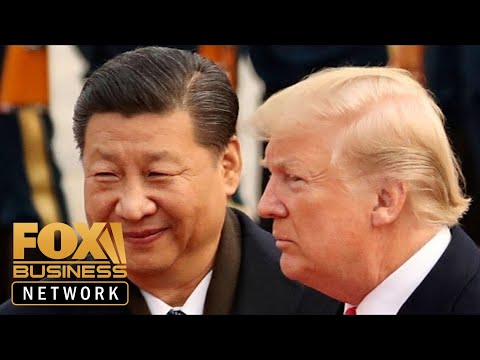 Assuming the US consents to this approach, and the two countries can agree on what qualifies as a trade-related matter, the narrowed framework could hasten the arrival of a formal trade deal, even if other US-China disagreements continue to fester.

Both countries have an incentive to strike an agreement sooner rather than later. Trump desires a victory heading into the 2020 presidential contest, and most analysts believe a trade deal would be a boon to the Dow and broader US stock market.

US tariffs, meanwhile, have caused greater than expected pain to China’s economy, which was already grappling with slowing growth. Policymakers have adopted multiple stimulus measures, but economists are not convinced that they will be sufficient to buttress economic growth.