The Dow crumbled on Tuesday after a stunning comment from President Donald Trump forced investors to brace for a third straight stock market sell-off.

The US stock market did not take Trump’s startling confession well, and Wall Street’s three primary indices all tumbled when the bell rang this morning.

US Treasury bond yields fell along with stock prices, and the gold price regained its shine as investors sought security in safe-haven assets.

The CBOE Volatility Index (VIX), a measure of implied stock market volatility known as Wall Street’s “fear gauge,” spiked to 17.5, its highest level in nearly two months. While still historically low, VIX has surged by 50% in the past week alone.

President Trump loves it when the Dow presses to new all-time highs, but his latest confession about the state of US-China trade negotiations all but assured that the market won’t broach new zeniths today.

Speaking on the sidelines of the NATO summit in London, Trump told reporters that he has “no deadline” for formalizing a China trade deal. He then revealed that he wouldn’t have any qualms about dragging negotiations all the way through the 2020 presidential election.

I like the idea of waiting until after the election for the China deal. But they want to make a deal now and we’ll see whether [or] not the deal is going to be right. It’s got to be right.

The China trade deal is dependent on one thing: Do I want to make it? Because we’re doing very well with China right now and we could do even better with the flick of a pen. 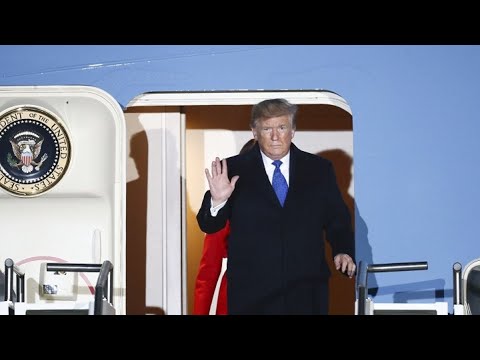 That’s a stunning admission, given that it’s only been a few days since Trump said that negotiations were in their “final throes.”

Still, there’s no guarantee Trump would carry out this threat. Conventional wisdom dictates that a trade deal – even a bland one – would bolster the US economy and, by extension, Trump’s electoral prospects.

On the other hand, ING economist Timme Spakman says that Trump’s cavalier attitude toward trade agreements he has already negotiated risks diminishing his credibility. Consequently, Beijing could also decide to delay the trade talks and gamble that the election will produce a president with more orthodox political sensibilities.

Whether or not the trade war continues for another 12 months (or more), the bottom line is that new tariffs are scheduled to take effect in just 12 days. Analysts say that the stock market has already priced in a trade deal, so this new escalation could ignite a swift risk-off move – perhaps one eerily reminiscent of the Dow’s 2018 December plunge.

“If tariffs scheduled for Dec. 15 are implemented it would be a huge shock to the market consensus,” Sue Trinh, managing director for global macro strategy at Manulife Investment Management in Hong Kong told Bloomberg. “Trump would be the Grinch that stole Christmas,” she said.