As the stock market ushers in its first trading day of the new year, not even the most rabid Wall Street bulls expect 2020’s returns to match those from last year. But if the Dow Jones Industrial Average does plan to perform a 2019 encore, it took the first step in the right direction on Thursday.

Despite the risk-on move in equities, the gold price rallied nearly 0.5%, topping the $1,530 mark.

The Dow’s New Year’s bounce accompanied a stellar batch of jobs data, which showed that the US labor market remains tight heading into the economy’s third calendar decade of expansion.

The less-volatile four-week moving average climbed to its highest level in two years, but this figure should decline sharply once outlier data tinged by the late Thanksgiving holiday cycles out next week.

Altogether, 2019 was a bad year for firings. The 592,556 announced job cuts statistic was the largest since 2015 – and the third-highest total of the decade. But the sharp decline in December job cuts suggests that cooling trade tensions, coupled with stable – if unspectacular – economic growth augur a brighter labor market forecast.

“Confidence was high heading into the last month of the year,” Andrew Challenger, vice president of the staffing firm, said. “With some resolutions occurring in the trade war and strong consumer spending in the fourth quarter, companies appear to be taking a wait-and-see approach as we head into 2020.”

Labor market health points to strength in US consumer spending, which has fortified the economy against recession warnings even as the trade war and slowing growth have pummeled the once-mighty manufacturing sector. 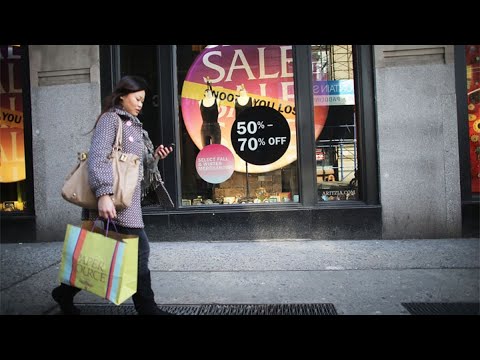 According to Goldman Sachs, the US economy may be as recession-proof as it’s ever been. Writing in the final days of 2019, a team of Goldman economists declared that none of the traditional recession triggers appears to be a major concern.

While new risks could emerge, none of the main sources of recent recessions — oil shocks, inflationary overheating, and financial imbalances — seem too concerning for now. As a result, the prospects for a soft landing look better than widely thought.

To be sure, new threats will likely emerge. But for now, Goldman says the economy seems poised to enjoy a “soft landing” – not a hard crash.