One asset manager says that the U.S. stock market is overbought, which could spell trouble for the Dow. | Source: Shutterstock

By CCN.com: The Dow Jones Industrial Average has added nearly 400 points since March 27, within three days, surging from 25,462 to 25,867. When zoomed out, however, the Dow has struggled to demonstrate strong momentum above the 26,000 level ever since it dipped below that key level on March 1.

Why the Dow Could Be on the Decline

According to Ladenburg Thalmann Asset Management CEO Phil Blancato, investors oversold stocks in December 2018 due to the negative sentiment in the market, and in January and February, investors overbought.

In late December, the Dow dipped to as low as 21,792 points, which led many investors to accumulate based on the fear of missing out – or FOMO – as the U.S. stock market began to recover quite rapidly.

Since February, the Dow has been in a stalemate, unable to demonstrate any momentum on the upside and holding a tight range between 25,000 to 26,000 points.

While investors oversold in December and bought most of their positions back in the first quarter of this year, the U.S. economy is not in a position to supplement the recovery of the Dow Jones beyond crucial levels.

“The irrational moment of December was just that, a moment driven by tax selling, algorithms and people being extremely emotional about the headlines. While December was oversold, January and February were overbought. The reason why is, while stocks got cheap for a brief amount of time, the economy is not strong enough to drive a 12 percent return on the stock market in an environment like this.”

Hence, while the intensity of geopolitical risks from the U.S.-China trade war has somewhat declined in recent months given the intent of both countries to strike a comprehensive deal in the near-term, it may not be enough to drive the Dow to a new yearly high beyond 26,000 points. 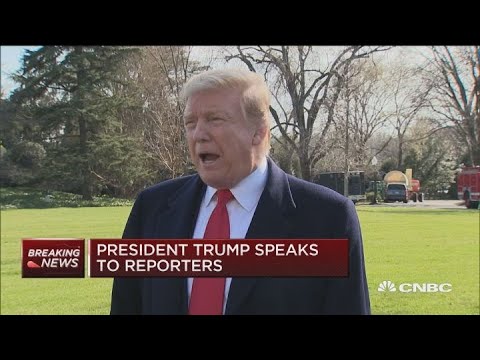 Earlier this year, Vanguard CIO Greg Davis said that the expectations of U.S. equity markets have dropped to 5 percent from 8 percent at the firm.

Investors may have acquired stocks for the right reasons in December as the Dow and S&P 500 dipped to levels that are difficult to dismiss, but the projections of investment firms on the return of equities have dropped substantially, which could make equities less compelling at current prices.

“If we look forward for the next 10 years, our expectations around U.S. equity markets is for about a 5 percent median annualized return. Five years ago, we’d have been somewhere in around 8 percent. Our expectations have clearly come down,” Davis said.

A proper comprehensive trade deal by the end of April or even by May could turn the sentiment of the U.S. market and benefit the global economy as it would fuel the growth of the domestic market of China, but it remains uncertain whether a trade deal is close to being finalized at this point.

On Thursday, White House economic adviser Larry Kudlow said that although the deal with China is close, it could take months for it to be completed.

“This is not time-dependent. This is policy- and enforcement-dependent. If it takes a few more weeks, or if it takes months, so be it. We have to get a great deal, as the president says, that works for the United States. That’s our principal interest,” Kudlow said.