The Dow Jones staged a relief rally on Wednesday, moving 141.73 points higher to 29,373.92 amid a strong return for risk appetite.

Despite the jump in the stock market, moves in the gold price demonstrate that there are still plenty of nervous investors eyeing the damaging impact of the coronavirus.

All three of the main U.S. stock market indices were in the green on Wednesday.

The Nasdaq powered almost 1% higher on the back of considerable moves in Tesla and Nvidia. The Dow Jones (+0.48%) and S&P 500 (0.57%) were less dynamic, but both still secured substantial gains.

Crude oil rallied over 2.5% as investors appeared to take a more optimistic view of the outlook for global consumption.

Yet the price of gold was also buoyant, moving above $1,600 and suggesting that Dow bulls may be hedging some of their exposure to risk assets with the safe-haven metal.

With the Dow Jones close to record highs, bulls are shrugging off what they believe is only a temporary slowdown in the giant Asian economy. Official statistics indicate the rate of infections is slowing.

This view does contrast with some of the headlines coming out of China, as the city of Wuhan could remain quarantined until the late spring. 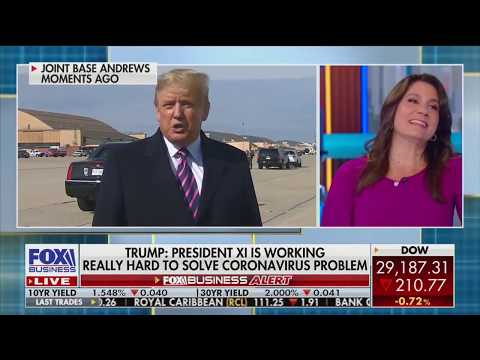 Confirming some of the uncertainty caused by the health crisis, lethargic moves in bond markets and a rising gold price suggest that there is a healthy contingent of anxious bears to go with the stampeding bulls.

Boris Schlossberg, managing director at BK Asset Management, had the following to say about the strange dynamic that sees gold rising alongside the Dow Jones:

There are many theories as to why gold has suddenly seen such a bullish impulse with coronavirus risk certainly one of them, but the yellow metal is also benefiting from more fundamental factors such as the fact that for the first time in more than a decade central banks have been net buyers.

But perhaps the single greatest reason for [gold’s] strength is that real interest rates are negative and continue to progressively remain so.

Schlossberg believes that this stand-off between the asset classes has to end at some point. He sees the stock market as the most likely loser.

It’s clear that today’s unusual price action is signaling a massive underlying tension in the markets, and the most likely candidate to blink first will be equities, especially if central bank largesses finally translates into budding inflation.

Dow Stocks: Apple & Boeing Get Back on Track

Apple (+1.5%) reversed its previous-day losses, which stemmed from a downgrade in its earnings forecast due to the coronavirus outbreak affecting its supply chain and demand in its Chinese stores. 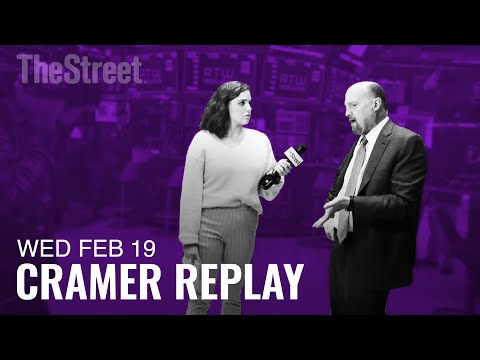 Boeing was able to rise 0.36% despite more negative headlines surrounding its 737 MAX jet. This time it was the discovery of debris in fuel tanks. A long line of issues aside, optimism continues that at some point, this infamous plane will make its way into airlines’ lineups again.

One of Tuesday’s top performers, Walmart (NYSE: WMT) was the weakest stock (-1.4%) in the Dow Jones on Wednesday. The retail giant gave up some of the defensive money that had poured into it after Apple’s downgrade.