The Dow Jones is set to open with a 110-point jump as U.S. President Donald Trump reportedly signed a deal with China. Yet, according to Chinese journalist Hu Xijin, the Chinese media has been pretty much silent.

The strong pre-market movement of the Dow Jones follows a 0.78% gain on Thursday.

Is it too early for Dow to celebrate?

According to Hu Xijin, the chief editor of the Global Times—a state-controlled newspaper in China—the Chinese authorities and media have not reported about the trade progress in the past week.

Xijin suggested that all of the optimism surrounding a finalized trade deal between the U.S. and China is solely coming from the U.S.

A trade deal before the scheduled imposition of new tariffs on December 15 is an important win for Chinese President Xi Jinping. As such, questions are being asked on whether the Dow Jones is overreacting based on the current situation.

“Chinese authorities and official media so far haven’t given any information on China and the US are close to a deal. As the US side released optimistic information through various channels, the Chinse side has basically kept silent. This is a delicate situation,” said Xijin.

Earlier this week, Xijin noted that after months of being on shaky ground, both China and the U.S. seem to want a deal.

Glad to see President Trump saying this: "They (China) want it, and so do we (the US)!" Only when both sides want a deal, can it be truly reached. https://t.co/qkKmhZxKxc

Why is the Chinese media silent?

Thomas L. Friedman, a Pulitzer-awarded columnist at the New York Times, said in August that President Trump and President Xi can both win from the trade war.

For that to happen, President Trump would need to refrain from imposing tariffs in the next six months and address trade abuses like theft of intellectual property, but play down the latter.

Bloomberg reports that President Trump already signed a deal, which would drop the tariffs, and the deal includes intellectual property protection.

As for other requests of the U.S. such as forcing technology transfers, Friedman emphasized that President Trump would need to allow China to resolve it in their on way even if it is not necessarily on paper. 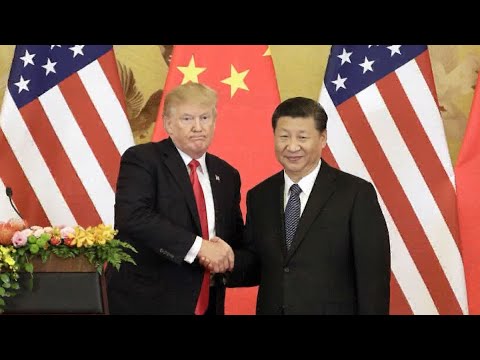 Chinese media is possibly remaining quiet on the demands of the U.S. regarding trade practices and is awaiting for both countries to formally announce it.

A deal before December 15 would eliminate the pending tariffs, further strengthening the rally of the Dow Jones.

But, just three days ago, White House economic advisor Larry Kudlow said that tariffs are still on the table.

For the tariffs to be officially eliminated, a formal trade deal would have to be announced by both sides today, latest by Sunday.

The pre-market movement of the Dow Jones indicate that the markets are anticipating an announcement from the U.S. and China to be made today.

The SSE Composite surged by almost 2% on the day, while other major indices such as South Korea’s KOSPI and Japan’s Nikkei 225 spiked by 1.5% to 2.55%.