Dow Futures rallied more than 300 points overnight as Joe Biden staged an incredible comeback on Super Tuesday. Once the front runner for the nomination, anti-Wall Street Bernie Sanders odds of securing the nomination have cratered in what is a positive development for the Dow Jones.

All three of the major U.S. stock market futures indices were higher overnight as the Nasdaq, Dow Jones and S&P 500 all rallied over 1%.

After weeks of watching the coronavirus, traders took a brief pause from COVID-19 to fix their attention on the most significant night of the contest to be the Democratic candidate for the 2020 presidential election in November.

Joe Biden appeared to be on the verge of dropping out a few weeks ago, and now, supercharged by a big win in South Carolina, the former vice-president has completely flipped the script.

Dominating on Super Tuesday, Biden annihilated his closest competitor, Bernie Sanders, as the Senator from Vermont failed to prove he had expanded his voter base from 2016.

Some of the most significant results were Sanders losing in Oklahoma, a state where he comfortably beat Hilary Clinton in 2016, and Joe Biden pulling the upset of the night with a win in Massachusetts, a state he didn’t even bother to campaign in. This result has effectively ended Elizabeth Warren’s campaign, who failed to win her home state. 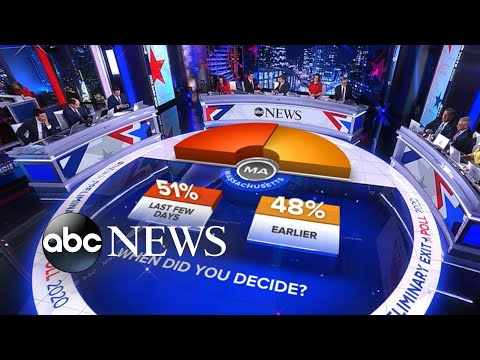 The most substantial prize, California, appear to be heading for a win for Bernie. California’s final result could be days away, as the U.S. most populous state takes a while to count ballots.

Alarmingly for Sanders, Biden is keeping things very close with a slight lead in the second biggest state, Texas, that was supposed to be an easy win for the Senator.

Dow futures started climbing as the moderate Biden overtook the anti-Wall Street Sanders in the betting odds. Obama’s VP has jumped to a commanding 70% probability of securing the democratic nomination.

The most embarrassing outcome of the evening was for Mike Bloomberg, who after spending $500 million on ads alone has now been assigned a lower probability of securing the nomination than Hilary Clinton (who isn’t even running.) 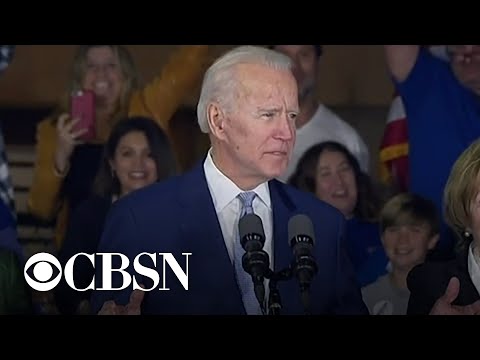 An understandably jubilant Biden campaign had the following to say, thanking former opponents, Klobuchar, O’Rourke and Buttigieg for their endorsements, stating,

They don’t call it Super Tuesday for nothing… We won Minnesota because of Amy Klobuchar, and we’re doing well in Texas because of Beto O’Rourke. I’m so incredibly proud to have Mayor Pete’s endorsement as well. We are very much alive.

Should Joe Biden’s start continue to rise, the removal of the perceived threat of a left-wing presidency to the Dow Jones may have to be priced out of the stock market.

Coronavirus Is Still The Principle Concern For The Dow Jones

Despite the political sideshow, coronavirus remains the most important consideration for investors. After the Federal Reserve’s emergency rate cut failed to help the Dow secure a higher close, many are questioning whether Jerome Powell may have made a policy mistake. 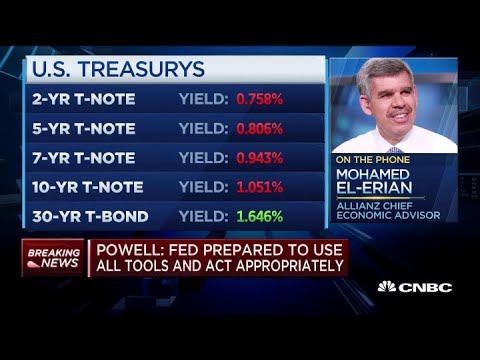 In response to the cut, the U.S.10-Yr Treasury yield hit an all-time low below 1% on Tuesday

Despite a healthy amount of skepticism, it isn’t hard to see why the Fed and it’s G7 counterparts are so worried about the health of the global economy.

A series of horrendous Chinese PMIs continued overnight on Tuesday, as Caixin readings came in at 26.5. This marked both a record low and the first time it has ever fallen below 50 since its creation in 2005.

Dow futures ignored this miserable data, as investors focus instead on the anticipated economic impact of the illness in the United States.