The Dow boomed during Thursday’s US trading session, as a report that Donald Trump may be on the verge of making a major announcement about the ongoing US-China trade war outweighed any concerns related to a discomforting leak about the true nation of the Mueller probe.

Dow Surges Back from Weak Open

The Dow Jones Industrial Average stumbled in pre-market futures trading but quickly regained its footing following the opening bell. As of 11:24 am ET, the index stood at 26,345.63, rising 127.5 points or 0.49 percent as Dow Inc. surged to a new 52-week high. The rally was all the more impressive since the S&P 500 and Nasdaq failed to sustain any momentum, with the former remaining unchanged at 2,873.5 and the latter dropping 0.25 percent to 7,875.84.

Boeing has more than recovered on Thursday, however, with the beleaguered stock surging 3.16 percent to $396.90 to further bolster the Dow’s climb.

Today, the Dow should receive some tailwinds from a Wall Street Journal report that President Donald Trump will “likely” announce plans for a summit with Chinese President Xi Jinping on Thursday, presumably during his White House meeting with Vice Premier Liu He.

The unnamed Trump administration official cited in the report cautioned that the summit announcement is not a certainty, but the fact that one is being discussed at all is confirmation that the world’s two largest economies have made significant breakthroughs in their negotiations, which extended far past Trump’s original hard deadline.

Barring unforeseen circumstances, observers expect that a Trump-Xi summit would conclude with the two leaders putting ink to the new agreement, an event for which the stock market – and particularly the Dow – has been begging for months.

For his part, Trump tweeted on Thursday that the trade deal is “moving along nicely,” though he declined to preview a summit announcement.

Despite the unnecessary and destructive actions taken by the Fed, the Economy is looking very strong, the China and USMCA deals are moving along nicely, there is little or no Inflation, and USA optimism is very high!

A Trump-Xi summit had previously been tentatively scheduled for the end of March. Those plans were scrapped after the disappointing conclusion to Trump’s summit with North Korean leader Kim Jong-un, reportedly because Trump’s behavior had spooked Chinese officials.

Leaks Suggest Mueller Report May Damage Trump After All

However, Wall Street must also grapple with the first credible indication that Donald Trump may not emerge from Special Counsel Robert Mueller’s investigation into the 2016 presidential contest as squeaky-clean as he has boasted.

According to the New York Times, several investigators and officials involved with the probe – though not the special counsel himself – have leaked that the so-called Mueller report includes findings that would be damaging to President Trump if made public. 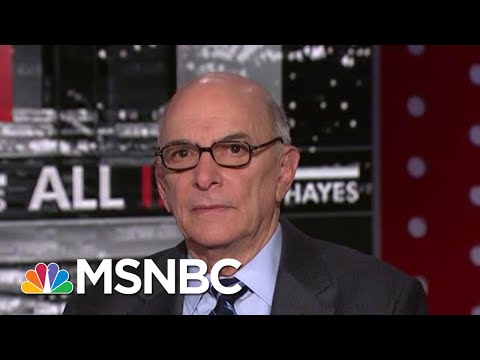 That would seem to contradict the four-page summary letter published by Attorney General William Barr, which indicated that the probe had found no evidence of collusion between the Trump campaign and Russia’s government. Critics have accused Barr – a Trump appointee – of glossing over evidence that paints a more complicated picture of the Trump campaign. While refusing to attack Mueller or Barr directly, Democratic House Intel Chairman Adam Schiff has repeatedly maintained that he has reviewed evidence of collusion.

The actual Mueller report remains sealed – for now. Attorney General Barr has said the Justice Department desires to release it to Congress as quickly as possible but must first censor confidential information from the nearly 400-page document.

Trump, meanwhile, has embarked on a prolonged victory lap since the Barr letter was released, declaring that it amounts to a “complete and total exoneration” and blasting Democrats for seizing on “ridiculous bullsh*t” to justify their claims that his presidency is illegitimate.

Just this week, he savagely attacked his opponents for continuing to pound the drum on the Mueller report, claiming that they had become “totally unhinged.”

Robert Mueller was a God-like figure to the Democrats, until he ruled No Collusion in the long awaited $30,000,000 Mueller Report. Now the Dems don’t even acknowledge his name, have become totally unhinged, and would like to go through the whole process again. It won’t happen!

If nothing else, the New York Times report confirms that this political wound will continue to fester heading into 2020, adding another pressure to the Dow and its peers as Wall Street grapples with what could be a historically-divisive election season.