The Dow Jones slid beneath the 28,000 level as a confident stock market began to lose its nerve over Donald Trump’s aggressive stance on tariffs.

Given a sizeable buildup in risk-on China positions in the Dow, the risks from further trade war escalation have never been more apparent for a stock market close to record highs. Even after today’s stellar housing data, economists at ABN AMRO do not expect a robust real estate market to stave off risks of a recession in the US.

Of the three major US stock market indices, the Dow Jones Industrial Average was comfortably the worst performer. The DJIA fell 91.36 points or 0.33% to settle at 27,944.86 just minutes before the closing bell.

The Nasdaq was able to rise 0.3%, while the S&P 500 tracked sideways (-0.01%), splitting the difference between the Dow’s losses and the Nasdaq’s gains.

The price of gold was 0.05% higher, even amidst a sharp move higher in the US dollar.

Investors continue to make sizeable risk-on bets in the stock market, anticipating a smooth resolution to the US-China trade war. As hedge funds pile into Dow staples with Chinese exposure, the threat of a significant breakdown in negotiations has arguably never been greater.

Even as Trump talks tough on tariffs, the sell-off in equities has been extremely mild in comparison to the rhetoric.

It is not clear precisely what would need to happen to remove this optimism, but should December tariffs be enforced, and another quarter could come and go with no preliminary deal in place, a short-heavy VIX would be ripe for a massive surge. 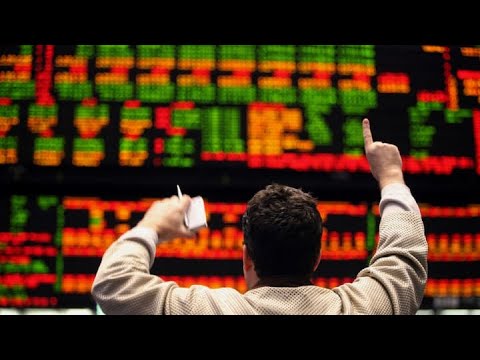 Escalating worries in Hong Kong are also an ever-present threat, as chaos engulfs one of the world’s most important financial centers.

In Washington, impeachment odds have steadied, declining well off their peak as politicians and traders alike seem confident that President Trump will not fall for Nancy Pelosi’s offer to testify before Congress.

The macro picture in the US has been defined by a healthy consumer, even as manufacturing has struggled. With some early signs that the consumption might be creaking, Dow bulls are looking to other factors for evidence that the economy can stave off a recession.

An impressive US housing market report on Tuesday could be such a sign, but senior economist Bill Diviney at ABN AMRO is unconvinced that this would be much of a boost.

While the outlook for housing looks solid, this won’t provide much support for growth. As a share of GDP, housing investment is half the size it was back in the heady pre-crisis days when it peaked at c.6% of GDP in 2005. Even in a very optimistic scenario of housing growing 10% annualised for the next few quarters (the fastest since 2013), it would add just 0.1pp to growth beyond what is in our baseline scenario (2.5%). While a stronger housing market is to be welcomed, then, it certainly cannot be relied upon to prevent the US economy slowing over the next few quarters.

It was a bad day for China-exposed stocks in the Dow 30; Nike, Apple, Boeing, and Caterpillar all fell. These giants are burdened with massive exposure to global trade conditions, and the risk-off mood, coupled with a strong US dollar, provided an unfavorable environment for these heavily-weighted index staples.

The most important stock in the Dow is Boeing (BA), which suffered more criticism of its 737 line of planes. In a blow to shareholders, federal regulators recommended a redesign on thousands of planes after last year’s accident on Southwest flight 1380. Despite this, appetite for its newer 737 Max jet apparently remains strong. 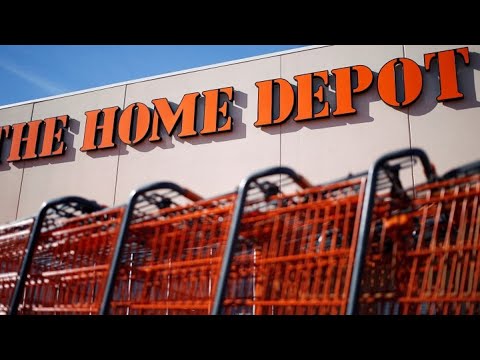 Also putting a sizeable dent in the Dow Jones, Home Depot was sunk by a miss in its sales, which crushed the stock more than 5.3%. Exxon Mobil and Chevron continued to trade under pressure as energy prices took another hammering.

It was not all bad news for the index. Visa popped 1.7%, while Disney continued to clamber back towards its Disney+ inspired peak from last week.