Since March 4, within less than two days, the Dow Jones has dropped from 26,122 points to 25,806 points, experiencing a minor pullback.

The decline in the Dow Jones was largely unexpected due to the strength of the Chinese stock market and the significant progress being made in the trade talks between the U.S. and China.

Earlier this week, CCN.com reported that the Chinese stock market surged to its 9-month high after more than $46 billion was estimated to have flown into Chinese equities.

With the global market bouncing back, the trade deal approaching its final phase, and strong technical indicators, Tony Dwyer, the chief market strategist at Canaccord Genuity, said the U.S. stock market is still in an ideal position to rebound.

Historically, Dwyer explained that whenever the S&P 500 moved across the 50-day moving average, in the next 6 to 12 months thereafter, it recorded a 9 percent gain on average.

“I also agree that there is a possibility you could have a little bit of a pullback but really what you have to do is put it in a historical perspective.”

“About 2 weeks ago, you registered 92 percent of stocks in the S&P 500 above the 50-day moving average. When that’s happened in the past, you’ve always had a gain over the next 6 to 12 months with a minimum of 9 percent.”

While the earnings of major U.S. conglomerates have been weak and revised to the downside, most companies in key industries like tech, finance, agriculture, and manufacturing such as Tesla and Apple were significantly affected by geopolitical risks.

The optimistic prospect on the progress of the trade deal is said to have been priced into the Dow Jones and the rest of the U.S. market already.

But, a full trade agreement, which experts suggest could materialize by March 27, will alleviate pressure off of companies dealing with the Chinese market and could enable the Dow to initiate a rally.

Further, the Federal Reserve has expressed its intent to remain patient on its rate and observe the performance of the U.S. economy before engaging in any decision regarding interest rates. 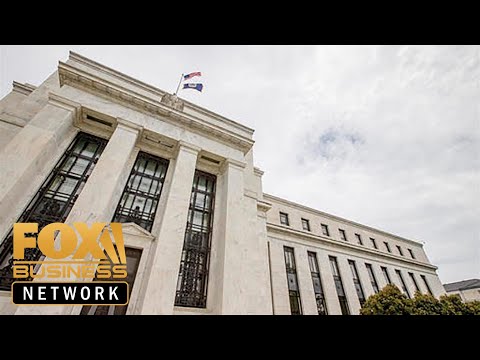 Eric Rosengren, president of the Federal Reserve Bank of Boston, said on Tuesday that the Fed may need several meetings to come to evaluate the prospect of higher interest rates and is not expected to increase the rates in the near-term.

“It may be several meetings of the Federal Open Market Committee before Fed policymakers have a clearer read on whether the risks are becoming reality—and by how much the economy will slow compared to last year. Patiently watching to see how the economy develops is the appropriate policy for now, and represents prudent management of risks to the forecast,” Rosengren said.

Technical factors have created a difficult environment for the S&P 500 and the Dow Jones to break out of key resistance levels and push for a short-term upside movement.

Looks to me like US stocks could be hanging on the edge of a cliff. pic.twitter.com/lZVJ6NKSVL

However, with most fundamental factors in place and most importantly, the Fed vowing to observe the economy before raising rates, the Dow could remain strong at or above the 26,000 point mark despite its struggles in the last several days.

Several industry executives have said that the U.S. market may currently be too relaxed on the prospect of the Federal Reserve maintaining its low rate.

In the near-term, the relative uncertainty surrounding the Fed’s decision on interest rates based on its analysis of the performance of the U.S. economy could still lead to a minor pullback in the Dow.

Nevertheless, in a wider time frame, analysts foresee the Dow recovering above the 26,000 level and extending toward new highs.