The Dow Jones fell 100 points on Friday after Boeing (NYSE: BA) stock suffered another brutal blow. United Airlines announced that the 737 MAX would not return to their lineup until at least September.

Rising coronavirus fears aren’t doing the stock market any favors, either. U.S. Senator Josh Hawley claims China is “completely overwhelmed” by the epidemic, prompting Dow bulls to head for the exits ahead of a long weekend.

A 1.2% rally in crude oil belied the worries about the global growth picture, as momentum continues to pick up above the $50 price level.

Economic data in the U.S. extended its haphazard trend on Friday.

Michigan consumer sentiment was impressive once again, printing a reading of 92.6. But optimism has continually failed to generate results.

The Coronavirus Is Coming for U.S. Data

Weak German GDP rocked European stock markets to close the week, and it paints a worrying picture for the Dow Jones moving forward.

The eurozone will feel the effects of the coronavirus first, but this data release is pre-crisis, suggesting a fragile economy that looks exposed to a dramatic slowdown.

China is working overtime to get its citizens back to work. But that only seems to be hurting the effort to contain the epidemic.

ING economist James Knightley believes that the danger to the Dow lies in the supply line. He explains:

The new issue is, of course, supply chain disruption resulting from lower Chinese and Asian factory output due to the impact of the coronavirus.

This is already leading to a shortage of components and parts in factories around Asia and it is only a matter of time before it becomes more of an issue for Europe and the Americas.

Knightley is not anticipating anything positive happening for the global economy anytime soon. That’s why he expects the Federal Reserve to cut interest rates in the second quarter.

The muted reaction to the coronavirus epidemic in the U.S. stock market continues to contrast sharply with comments from U.S. officials and lawmakers.

On Thursday, Larry Kudlow expressed his dissatisfaction with Beijing’s handling of the outbreak.

Today, U.S. Senator Josh Hawley took things to another level, blasting the Communist government for its lack of transparency and calling them “totally overwhelmed.”

I think we can’t trust them… I think the Chinese government has not been honest at all about this.

They are completely overwhelmed at this point. They are not leveling with anybody, certainly not with us.

The Chinese Communist party is creating a global health epidemic because of what they are doing and because they have lied. 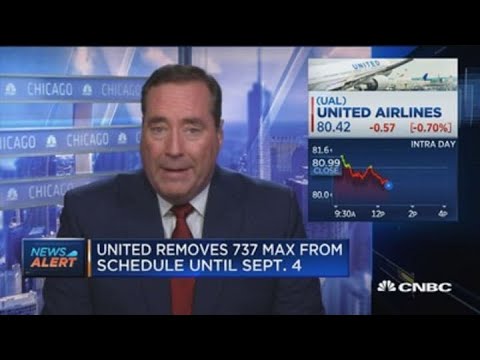 A weak day for the Dow 30 got worse thanks to a pronounced drop in Boeing stock, which dove more than 1% after another airline delayed the 737 MAX’s return to the skies.

United Airlines announced today that it would not return the infamous jet to their lineup until at least Sept. 4, even if the 737 MAX gets recertified in the interim. One day earlier, Southwest Airlines had extended its 737 MAX blackout until Aug. 10.

This shock to Boeing comes after a period of decent momentum in BA stock that had seen it rise over 6% this year.

While the FAA has sounded surprisingly upbeat on the outlook for the 737 MAX – perhaps due to its grounding’s massive impact on GDP – airlines are approaching its return to service with extreme caution.

Boeing wasn’t the only Dow Jones component to struggle on Friday. Caterpillar stock reversed some of its gains from the week with a 1.6% loss. And Apple ticked 0.3% lower after losing an employee lawsuit in California.