Among the major U.S. stock market indices, the Nasdaq edged up slightly, while the Dow Jones and S&P 500 tumbled 0.3%.

On the data front, the headline consumer price index (CPI) came in at 0.2%, matching forecasts, while core CPI missed estimates with a 0.7% reading. Given the massive increase in the money supply, soft inflation readings will cause central bankers to cry out more strongly for the need for fiscal stimulus.

It does not appear that another bazooka is coming, however, as Nancy Pelosi is refusing to accept the White House’s offer of a narrow relief bill. It appears that the Senate is even more frugal, as leader Mitch McConnell is preparing a “skinny” $500 billion bill. Democrats are likely to oppose these measures.

With Republicans forcing through a Supreme Court nomination, they are unlikely to draw much goodwill from Democrats. Donald Trump’s erratic take on stimulus continues, as his initial order to halt talks contrasted with his recent comments, culminating in the following tweet today:

Outside of D.C., there was some bad news in the fight against the pandemic. Dow blue-chip Johnson & Johnson, one of the leaders in the race for a vaccine, suspended its trial after an unexplained illness in one of its test subjects. Such setbacks are commonplace, but with so much riding on this particular vaccine, Wall Street is sensitive to any potential issues.

In a comment to CCN.com, Chris Beauchamp, Chief Market Analyst at IG, noted that stocks appear less sensitive to vaccine headlines than they once did:

The news that Johnson & Johnson has paused its vaccine trial has not gone entirely unnoticed, but the market has learned to live with the ups and downs of product development over the past few months, with the reaction to this kind of news much more muted than during the summer.

With plenty of companies in the race, Dow bulls might become more concerned if other leading vaccine candidates also report issues.

On a very mixed day for the Dow 30, there were some big winners and losers. Disney stock surged 3% as investors cheered the company’s plans to go all-in on its streaming businesses. The company’s restructuring will bolster the company’s Disney+ service, and Wall Street looks to be very happy.

Apple stock fell 3%, getting little support from its 5G iPhone unveiling, likely because it has been anticipated for some time.

Watch the video below to see the unveiling of the iPhone 12: 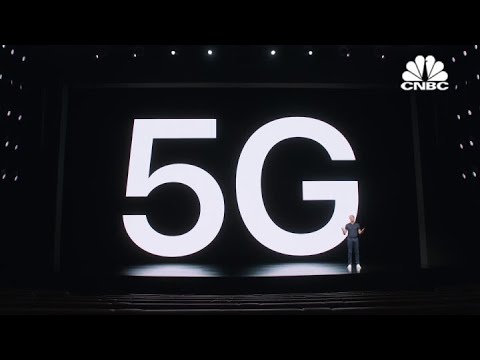 Johnson & Johnson was a laggard, tumbling over 2%.