Backed by strong fundamentals, noticeable progress in the U.S.-China trade talks, and the Federal Reserve’s decision to retain its benchmark interest rate unchanged, the Dow was on track for a strong week.

Yet, on Friday, the Dow slumped and dropped 450 points from its peak to its lowest point on the day. The S&P 500 is en route towards its worst single-day performance since January.

What’s Causing the Dow to Slump?

When the yields on Treasuries become negative, investors generally consider it to be an indicator of a recession. 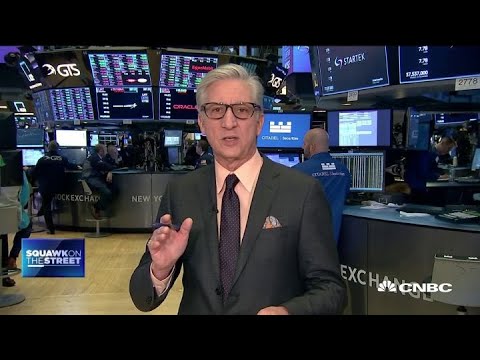 On Friday, the yield curve of the three-month and 10-year Treasuries inverted for the first time in over 12 years, according to a Bloomberg report.

QMA chief investment strategist Ed Keon said that the inversion in the Treasury yield curve has not been a positive indicator of the U.S. economy.

The inversion historically has not been a good sign for the economy going ahead. But there’s deeper issues which we don’t fully understand and which the markets are grappling with. It’s not just cyclical signs that a flatter yield curve tends to be a sign of weaker economic growth ahead, but that the secular change where rates around the world in all the developed countries have been remarkably low.

The inversion of the Treasury yield curve in synergy with fears of global economic slowdown triggered by the release of weak economic data from the eurozone are said to have triggered the Dow Jones and S&P drops.

Previously, market strategist Russell Napier stated that the demise of the euro and the slowdown of the eurozone economy could cause the global market to stumble.

At the time, Napier specifically warned the performance of Germany and Italy, as fears of full-fledged recession emerged.

“The key consequence of this collapse will be the destruction of the euro. The expected success of the far-right and far-left in the European parliamentary election in May this year augurs the beginning of the end for the currency union. Both extremes share a commitment to the return of sovereignty to their parliaments that is incompatible with a single currency,” he wrote.

This week, FT reported that investors were troubled by the data coming from Germany, as the country’s 10-year bonds plummeted below zero, suggesting that investment firms may be taking losses for stability in a period of wild volatility.

As such, BMO Capital Markets interest rate strategist Jon Hill told FT that the global economy is in a dangerously likely position to fall in the foreseeable future.

“We are not going into recession in the next quarter but we are approaching the end game of this cycle rather quickly. It’s a very precarious position right now for the global economy,” he said.

Will Dow Continue to Suffer?

While several strategists remain convinced that simpler factors are preventing the Dow Jones from overcoming the 26,000-point mark such as investors finding stocks too expensive to buy at the current juncture, others remain optimistic on the fundamentals of the market.

According to the WSJ, existing home sales in the U.S. climbed by 11.8 percent in February, following reports on rising consumer confidence, sales, and productivity.