The Dow Jones plummeted on Tuesday as Donald Trump’s impeachment odds skyrocketed as high as 42% at some online bookmakers. The stock market reeled as fallout from the Ukraine whistleblower saga prompted former Vice President Joe Biden to back an impeachment inquiry.

Trump’s decision to release the Ukraine transcript tomorrow reversed some of the bleeding, but news broke that Nancy Pelosi would formally introduce an impeachment inquiry, sending the index back toward triple-digit losses.

Additional gravity on the Dow came from a miserable consumer sentiment reading.

It was an unusual day in the stock market even before the impeachment saga unfolded, as a weak US dollar failed to lift major US indices. The DXY took a hit from a surging British pound after the UK Supreme Court ruled Boris Johnson’s prorogation of Parliament was unlawful.

The Dow Jones, S&P 500 (-0.83%), and Nasdaq (-1.42%) would typically enjoy a struggling USD but failed to capitalize in nervy trade, ahead of what many analysts believe will be a bumpy October.

Further proof of this unusual dynamic was a 2.6% drop in crude oil, which is priced in dollars and would typically enjoy a rising EUR/USD.

Donald Trump’s reelection odds have dropped dramatically since July, falling to 43% from 50%.

Joe Biden’s decision to support impeachment if Trump does not cooperate with a congressional probe is significant, given his popularity and influence among Democrats. 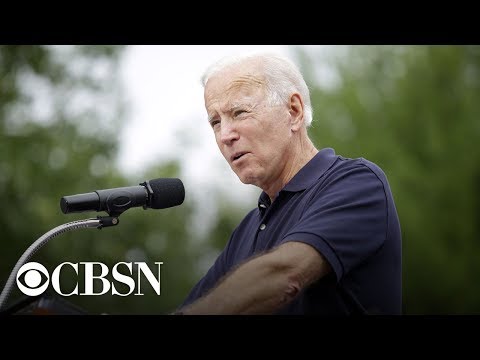 The US president is attempting to rebut Biden by formally releasing the Ukraine call transcript tomorrow. This news initially helped to lift equities after the president tweeted the announcement from the UN, but the formerly reluctant Nancy Pelosi’s decision to support an inquiry promptly sent the Dow back towards its daily lows.

….You will see it was a very friendly and totally appropriate call. No pressure and, unlike Joe Biden and his son, NO quid pro quo! This is nothing more than a continuation of the Greatest and most Destructive Witch Hunt of all time!

Given that many investors view Trump as a market-friendly president, the rising probability of a Democratic victory is a potentially-negative consideration for the market in 2020. The rise of Elizabeth Warren will only add fuel to these concerns, as Biden was previously seen as a sure-fire nominee and moderate pro-business option.

The fact that the Dow was ignoring some very positive trade war headlines, including that China offered to buy more US soybeans, was a testament to how seriously the stock market is taking the Ukraine storyline.

The US economy has been incredibly resilient to turmoil in global markets, mostly thanks to a robust consumer. Today’s consumer confidence data suggest this strength may be waning.

Alarmingly for stock market bulls relying on Fed cuts to shield them from a recession, ING Chief Economist James Knightley believes that easing expectations did rise on Tuesday. Unfortunately, there was no bump for US stocks.

Usually, such a move would lift the Dow, but as Knightley writes, the US consumer is now looking extremely vulnerable to external shocks as consumer confidence drops.

“A sharp fall in consumer sentiment is a surprise and may reflect recent equity market volatility and a spike in gasoline prices… With the US manufacturing sector seemingly in recession [] and weaker global growth and trade headwinds unlikely to dissipate anytime soon, the Fed will be understanding that the real source of strength in the US economy – the consumer – needs protecting. While the Fed hasn’t signalled any clear appetite to cut rates further, evidence like we have seen today suggests further “insurance” policy easing will come. We continue to look for a 25bp rate cut in December with another 25bp cut in 1Q20.”

The Dow 30 faced a rough day, as the sell-off in crude oil hit Chevron and Exxon Mobil hard. Both stocks fell more than 0.8%.

The second-biggest loser on the day was Dow Inc., which shed a sizeable 2.87%. In the broader stock market, it is worth noting that Tesla and Netflix dragged down the Nasdaq with losses of 7.3% and 4.7%, respectively.

As was the case yesterday, consumer staples Walmart and McDonald’s continued to shine, offsetting some of the DJIA’s losses.