Throughout the past five days, amidst reports about the Federal Reserve’s reluctance towards raising the interest rate, the Dow Jones has breached the 26,000-point mark for the first time since March 1.

The Dow suffered early last week due to the steep sell-off of the Boeing stock, which is estimated to have cost the Dow more than 300 points but it briefly broke out of 26,000 points on March 19, showing signs of a potential short-term rally.

While the Dow has slightly dropped to 25,887 points, on Tuesday, the WSJ reported that the negotiators of the U.S. and China scheduled meetings with the intent of establishing a comprehensive trade deal by the end of April.

The new development in the U.S.-China trade talks and the Fed’s patience on a rate hike could revitalize the confidence of investors in the U.S. market.

Dow at an Important Resistance Level

Since December 2018, within less than four months, the Dow has demonstrated an impressive recovery from 21,792 points to 25,887 points, recording an 18.79 percent growth in a relatively short time frame.

The Dow and the U.S. stock market have been stagnant in the past month and some analysts have attributed the lack of activity in the U.S. market to the rapid rise in the value of stocks and the lack of appetite of retail investors to invest in the market as a result.

Fundamental factors have remained strong in the U.S. market throughout March with consumer confidence, wages, and productivity growth rising noticeably in recent months.

Jobs Report: Most Important Highlight
Non-Supervisory Wages continue to surge and outpace overall wage increases
This is amazing news for all Americans#Winning pic.twitter.com/FBGnPXPgHo

“The data indicate that real consumption will grow by 2.6% in 2019. The difference that accounted for the divergence was how households evaluated their personal finances, as lower income households expressed much more positive assessments,” Richard Curtin, Research Associate Professor at the Survey Research Center of the University of Michigan, said.

Considering the optimistic fundamental factors supporting the recent upside movement of the U.S. stock market, major progress in the U.S.-China trade deal could boost the sentiment of investors in the market.

The core issue that has delayed the trade talks between the two countries is said to be the efforts of the U.S. to protect the intellectual properties of its companies working in China. 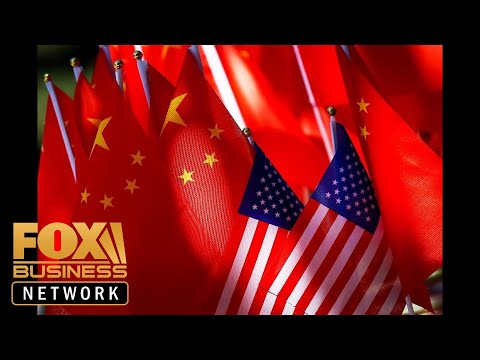 Earlier this month, it was reported that no trade talks occurred for over two weeks, possibly due to the unwillingness of both sides to compromise on industrial policy changes.

I think things are going along very well – we’ll just see what the date is. I’m in no rush. I want the deal to be right. … I am not in a rush whatsoever. It’s got to be the right deal. It’s got to be a good deal for us and if it’s not, we’re not going to make that deal.

China has recently seen its domestic market slowdown and reports have claimed that the stimulus introduced by the government may have a lesser impact on the economic growth of China than expected.

“Whether China’s stimulus still has a big impact, or how big an impact it will have for the rest of the world, mostly depends on how large the stimulus is,” chief China economist at UBS, Wang Tao, told the WSJ.

A full agreement with the U.S. could bring an immediate effect on the domestic market of China but the U.S. is said to be aiming for a gradual elimination of tariffs.