By CCN.com: The Dow lurched back into decline on Wednesday after Chinese President Xi Jinping amped up the trade war rhetoric in an ominous speech that suggested that Beijing could not only permanently freeze negotiations with the Trump administration but also mire the two nations in an economic cold war.

Dow Stumbles Toward Another Setback

Earlier today, Chinese President Xi Jinping delivered an ominous speech in which he warned the country to steel itself for a “new Long March,” alluding to a military retreat the Red Army made during 1934 and 1935. The Long March constituted a period of bitter difficulties for the revolutionaries, but it ultimately set the stage for the Communist Party to ascend to power more than a decade later.

Xi declared that China now finds itself in a similar struggle, beset with “long-term and complex…difficult situations.”

“Today, on the new Long March, we must overcome various major risks and challenges from home and abroad,” Xi said, according to a paraphrase quoted in Reuters. “We must be conscious of the long-term and complex nature of various unfavorable factors at home and abroad, and appropriately prepare for various difficult situations.” 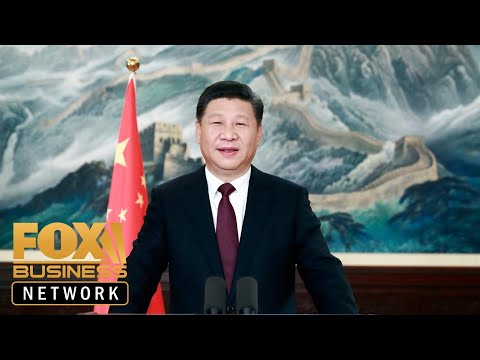 While Xi never referenced Donald Trump or the trade war directly, the inference was clear, as was the indication that Beijing does not plan to cower before the White House’s hardline negotiating strategy.

Bloomberg Economics estimates that a full-scale trade war would sap $600 billion from the global economy. Xi’s speech signals that Beijing is ready and willing to endure that fallout.

However, as the US inches closer to a presidential election year, can Trump – whose reelection bid relies on a strong economy – argue the same?

Meanwhile, the South China Morning Post reports that China has not only cooled on the prospect of signing a new trade deal with the Trump administration but has also begun to fundamentally reconsider its economic relationship with the United States.

Both sides had hoped that a new trade agreement would increase the flow of goods between them, particularly from the US, which consistently runs a large trade deficit with China.

However, the sudden breakdown in negotiations, coupled with President Trump’s subsequent decision to hike tariffs and target Chinese telecommunications giant Huawei, has many Chinese policy analysts arguing that Beijing should conduct less commerce with the US – not more.

Wang Yongzhong, a senior fellow at a government think tank, said that China must restrict US imports to ensure “supply chain security,” especially when it comes to crucial resources like natural gas.

“What if the [energy] supply [including both liquefied natural gas and crude oil] is cut off suddenly, as we have seen in the Huawei case?”

That’s not to say that Beijing has any plans to cut off US-China commerce completely – or that a trade deal has slid completely off the table – but it does appear that Xi’s “new Long March” could catalyze an even more intense focus on prioritizing China’s domestic market over bilateral trade.

Consequently, in a tragically-ironic reversal, President Trump’s quest to permanently fix the United States’ tenuous relationship with Beijing now threatens to plunge the two countries into an economic cold war.

Wednesday’s stock market hiccup threatened to erase much of Wall Street’s previous-day recovery, which followed the Trump administration’s decision to put a temporary reprieve on its controversial Huawei blacklist.