The Dow Jones suffered another nauseating crash on Monday after China retaliated against President Trump’s tariff threats by escalating the trade war – and perhaps abandoning the negotiations altogether.

All of Wall Street’s major indices shot lower at the opening bell.

Stocks imploded after Beijing responded to President Trump’s recent tariff threats, not with a whimper, but with a roar.

First, the Chinese government resumed what Trump has attacked as “currency manipulation,” allowing the value of the yuan to dive to $0.14 – its lowest level in more than 10 years.

China dropped the price of their currency to an almost a historic low. It’s called “currency manipulation.” Are you listening Federal Reserve? This is a major violation which will greatly weaken China over time!

According to the South China Morning Post, the People’s Bank of China (PBoC) blamed the weakening yuan on the United States, which plans to levy a new 10% tariff on $300 billion worth of Chinese goods beginning in September.

The central bank said the decline was the product of “unilateral trade protectionism, as well as expectations of more tariffs on China.” 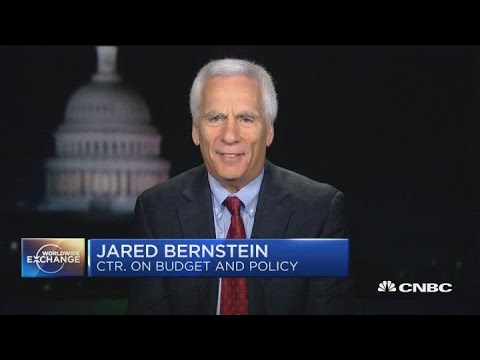 Even worse, the action likely means that Beijing has effectively “abandoned” hope of striking a new trade agreement with the United States, regardless of whether negotiators continue to go through the motions at the next round of scheduled talks in September.

“[China] appears to have decided that, given the increasingly dim prospects of a trade deal with the US, the boost to China’s export sector from currency depreciation is worth attracting the ire of the Trump,” Pritchard added in a note cited by CNBC. “The fact that they have now stopped defending 7.00 against the dollar suggests that they have all but abandoned hopes for a trade deal with the US.”

But that wasn’t Beijing’s only response to Trump. As if to remove any doubt that it was actively escalating the trade war, Bloomberg reports that the government ordered state-run companies to suspend US agricultural purchases, reversing a previous pledge to increase imports of US farm goods.

Morgan Stanley: US Economy Just Three Quarters Away from Recession

According to Morgan Stanley, the sudden escalation in US-China tensions threatens to thrust the global economy into a brutal recession.

The ball now sits in the Trump administration’s court, and Morgan Stanley fears the White House will react by increasing tariffs on all Chinese imports to 25%. If that happens, the US economy could succumb to recession in just three quarters.

“As we view the risk of further escalation as high, the risks to the global outlook are decidedly skewed to the downside,” Morgan Stanley chief economist Chetan Ahya told investors, CNBC reports. “Trade tensions have pushed corporate confidence and global growth to multi-year lows.”

The Dow now looks poised to close lower for the fifth consecutive session. The weeklong plunge has wiped more than 1,150 points, or 4.2%, off the DJIA.