By CCN.com: The Dow Jones lost nearly 1,000 points last week, but the stock market bellwether made a tepid recovery on Monday. At last check, the DJIA had gained 24 points or 0.1% to climb back to 24,839.

The Dow’s recent performance has triggered alarm bells on Wall Street, but one JPMorgan economist argues that the Fed could take steps to protect the stock market from a crash.

JPMorgan Economist: Fed Rate Cut Is in the Cards

According to Michael Feroli, chief U.S. economist at JPMorgan, the Fed will likely consider easing its monetary policy should adverse growth implications arising from the U.S.-China trade dispute sharpen in the short-term.

“If the administration follows through on the proposed actions, we believe the adverse growth implications would prompt Fed easing. Even if a deal is quickly reached with Mexico, which seems plausible, the damage to business confidence could be lasting, with consequences that might still require a Fed response,” said Feroli, speaking to FT.

The momentum of the Dow Jones and the rest of the equities market has deteriorated in recent weeks due to economic uncertainty, but there are hopes that renewed sentiment around a rate cut could lead the Dow to recovery.

Last week, Raymond James public policy analyst Ed Mills said Trump’s behavior toward Mexico could have a negative impact on U.S. negotiations with China. A sign of skepticism towards the sustainability of a deal with the U.S. showed when Chinese negotiators prioritized the enforcement method of the trade deal and the method in which the deal would come to life.

“We view this action as further deteriorating the U.S.-China trade fight. Chinese officials have stated their concern about the reliability of President Trump as a trading partner. These tariffs were announced the same day as significant advancement of the USMCA. If China does not believe a deal will stick, why negotiate?” said Mills in a CBNC interview.

Possibly due to the retaliation of the Chinese government in the form of blacklisting U.S. firms and the imposition of tariffs on $60 billion of U.S. products, geopolitical risks in the global economy are expected to escalate in the foreseeable future. 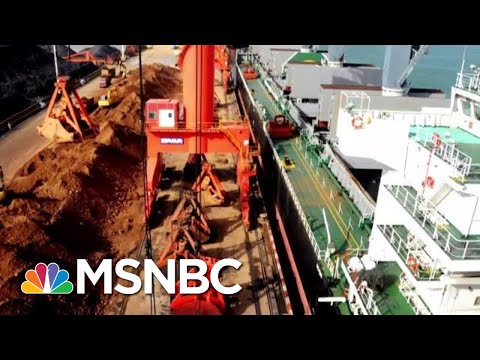 Credit Suisse chief economist James Sweeney stated that while “this is no time for panic,” investors may gear towards securing some insurance to protect their holdings from uncertainty.

A rate cut, however, would likely buttress equities valuations.

Already, on May 30, the Federal Reserve Vice Chairman Richard Clarida hinted that the central bank could consider easing its current monetary policy, which the central bank has intended to keep until the year’s end if global economic growth continues to fall.

“If the incoming data were to show a persistent shortfall in inflation below our 2 per cent objective or were it to indicate that global economic and financial developments present a material downside risk to our baseline outlook, then these are developments that the committee would take into account in assessing the appropriate stance for monetary policy,” said Clarida.

“We are attuned to potential risks to the outlook and if we saw a downside risk to the outlook then that would be a factor that could call for a more accommodative policy.”

Even amidst significant uncertainty, with the Dow Jones and the value of stocks dropping to a more compelling level for retail investors, the possibility of Dow recovery remains strong.

As long as the Fed cuts its benchmark rate, anyway.