The Dow Jones hit an all-time high on Monday, as investors priced in a trade deal and priced out the damage from the US-China trade war. Stocks rose after concessions by the Trump administration to controversial Chinese telecommunications company Huawei demonstrated a clear sign of goodwill.

While Donald Trump was quick to cheer fresh record highs in the stock market, the moves in the major indices were muted as neither the Nasdaq (+0.49%), S&P 500 (+0.27%), nor Dow Jones traded more than 0.5% higher, which is about where they opened the session.

All-Time High for Stock Market and all the Fake News wants to talk about is the Impeachment Hoax!

Amid the bright risk sentiment, oil prices once again traded higher, as crude rallied more than 0.6%. The gold price was flat, clinging to the $1,500 handle.

From a trade war perspective, there has been plenty of good news to cheer of late. China looking at options for Xi Jinping to sign a trade deal, alongside Wilbur Ross’ comments about Huawei, show some clear intentions by both sides to de-escalate one of the thorniest issues dividing the two nations.

The Dow Jones has been pricing out a good deal of Trump-related tariff concerns, and these latest developments appear to have accelerated this process. It certainly has not hurt risk sentiment that many major Dow companies have been able to demonstrate strong earnings amid the height of the trade war.

If the worst of the trade dispute is in the past, bulls may be keen to try and cash in on the run-up to the 2020 election, where the current president is expected to soften his trade policy to try and keep the stock market humming. Trump’s efforts to boost the stock market are most likely based on the historical precedent that it is difficult to unseat an incumbent who has avoided a recession in their first term.

Impeachment odds have fallen off their highs recently, but the rise of Elizabeth Warren still has Wall Street spooked. Given Trump’s mixed polling numbers, it’s hard to rule out the possibility that Warren’s momentum doesn’t at least carry her to the Democratic nomination. In this eventuality, the Dow Jones would need to reprice for the possibility of a candidate who brazenly desires to take on the financial establishment.

Writing in a new report, Morgan Stanley strategists raised the potential damage from a “Blue Wave” in 2020, regardless of which Democrat wins the White House.

“A ‘Blue Wave’…would see the Democrats take the White House as well as both chambers of Congress. The unified government would likely tackle key policy initiatives and expand spending on health care, transportation, and infrastructure. But a Democratic coalition would also spell heightened scrutiny and pressure on big financial firms, big tech, and big pharma. US debt prices would fall if the federal government approved big-ticket spending items,” as CNBC noted in its writeup on the report.

Given that the core of the Dow Jones is big tech, big finance, and big pharma, this is a fundamentally bearish forecast for the Dow if the White House turns blue in 2020.

The Dow 30 was a generally bright place for its most significant stocks as Apple, Boeing, and Microsoft were all higher on the day.

Oil giants Chevron and Exxon Mobil were both rallying strongly. Exxon was up 3%, while Chevron boasted a stunning 4.5% rally.

Things were less favorable for McDonald’s stock, which was forced to deal with a messy headline, as its CEO Steve Easterbrook was fired after a consensual relationship with another employee that broke the corporation’s rules. 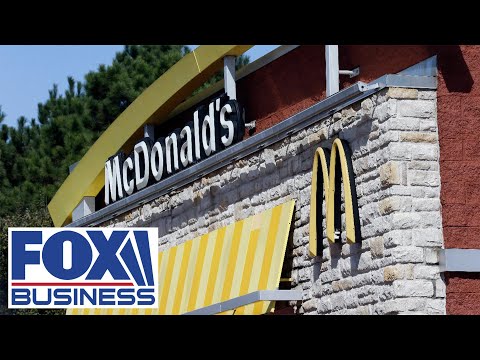 MCD dropped sharply, trading a bit more than 3.25% in the red on the day.