By CCN.com: The Dow inched toward a cautious session on Friday following President Donald Trump’s blunt assertion that Iran owns the blame for attacks on two tankers in the Gulf of Oman.

All of Wall Street’s major indices prepared to suffer opening bell declines. As of 9:07 am ET, Dow Jones Industrial Average futures had dropped 43 points or 0.16% to 26,078; that set the DJIA up for a 50.77 point decline.

Nasdaq futures fared the worst, as plunging chip stocks caused the tech-heavy index to slide 0.66% to 7,499.5.

Trump on Iran: ‘It Was Them’

Speaking in a Fox News interview on Friday Morning, President Trump blamed Iran for attacks on two tankers in the Persian Gulf.

“Well, Iran did do it, and you know they did do it because you saw the boat,” Trump said. “They didn’t want the evidence left behind. . . . It was them that did it.”

“They’re a nation of terror,” he added, according to a Washington Post transcript. “They’re in deep, deep trouble.”

President Trump, calling into Fox News on his birthday, talks about tanker attacks:

"Well, Iran did do it… It was them that did it and" (goes on to attack the Iran deal)
"We'll see what happens. We are being very tough on sanctions."
"They are a nation of terror."

Iran has denied culpability for the attacks, accusing the Trump administration of engaging in “economic terrorism” and jumping to “alarming” conclusions without “a shred of factual or circumstantial evidence.”

Earlier, US officials had published images they alleged exposed Iran as the culprit behind one of the tanker attacks. Secretary of State Mike Pompeo said that the incident was only:

“the latest in a series of attacks instigated by the Islamic Republic of Iran and its surrogates against American and allied interests.”

War With Iran Unlikely – But Risk is Growing 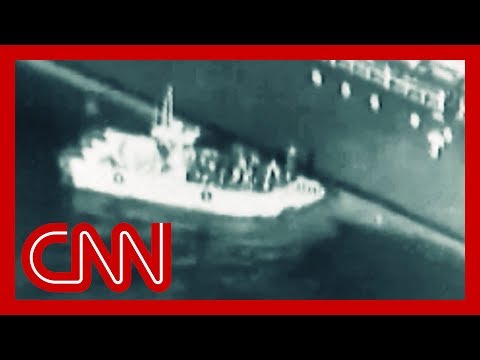 While President Trump expressed no desire to go to war with Iran in his Fox News interview, he previously threatened the rogue nation with shockingly apocalyptic rhetoric.

“If Iran wants to fight, that will be the official end of Iran. Never threaten the United States again,” Trump tweeted on May 19.

For now, most Middle East analysts believe war is unlikely. According to the Eurasia Group, the latest provocations have raised the odds of armed conflict to just 30%.

However, the simmering conflict adds to the growing list of geopolitical threats weighing on the Dow and broader stock market as economists debate whether the US is on the brink of recession.

All three major stock indices had bounced back into recovery mode on June 13 following two days of declines.