The US stock market enters Tuesday’s trading session on an incline, with the Dow re-crossing a major milestone it had lost in the wake of the Boeing debacle and the S&P 500 and Nasdaq flashing gains as well. Tesla, however, does not appear poised to join the rally, as a bombshell legal filing from the SEC has amped up the pressure on the electric carmaker.

As the Dow once again flirts with 26,000 and the S&P 500 finally slays 2,800, some analysts are warning that the US stock market’s breathtaking 2019 rally could be about to hit a major roadblock.

BlackRock Chief Equity Strategist Kate Moore, for instance, told MarketWatch that US stocks had been undervalued, which helped spark the first-quarter recovery. Now, though, stocks have reached fair market valuations and require a new catalyst for the rally to continue. She said that corporate earnings would likely prove to be make or break for the market.

“Relative to where we were three months ago, we felt the market was significantly undervalued with too many fears priced in. Now, we feel like the market is fairly valued and would expect the next move comes from earnings, as opposed to valuation,” said Moore.

However, David Jones, chief market strategist at Capital.com, said in weekly commentary that the ongoing fear of a sell-off is a sign that the bull market remains intact and that the S&P 500’s momentum should continue.

“There has been very little in the way of meaningful corrections as stock markets have bounced back in 2019. It’s often said that “bull markets climb a wall of worry” – plenty of investors may have been expecting at least some sort of sell-off but for now the upwards momentum remains very much in place.” 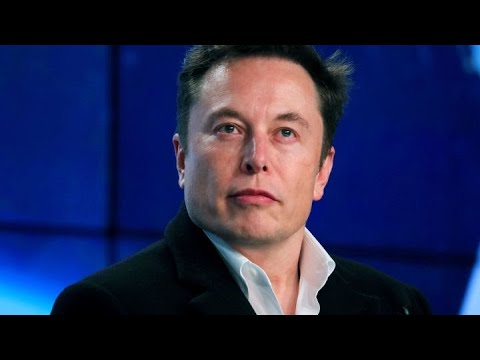 Meanwhile, bombshell testimony from the Securities and Exchange Commission (SEC) regarding Elon Musk’s social media activity threatens to place even more pressure on Tesla stock, which has already endured a rocky 2019.

As reported by Reuters, the SEC revealed in a court filing that Elon Musk had failed to seek approval from Tesla lawyers for a single tweet despite agreeing to do so as part of a September 2018 fraud settlement with the US regulatory agency related to his infamous “$420” tweet.

“It is therefore stunning to learn that, at the time of filing of the instant motion, Musk had not sought pre-approval for a single one of the numerous tweets about Tesla he published in the months since the court-ordered pre-approval policy went into effect,” the SEC said in the filing.

TSLA shares are down nearly 20 percent in 2019, even as the Nasdaq has surged by more than 16 percent.

And Tesla could face more storms ahead.

Bearish JPMorgan strategists have already begun to pound the table with claims that Musk’s days as Tesla CEO could be numbered, and even TSLA bulls like Citron Research have responded to the controversy by arguing, not that Musk will survive the SEC crackdown, but that Tesla has reached the point where its success no longer depends on its billionaire founder.

Dow Falls Again, on Track for Worst Month Since March Covid Meltdown
1 Comment
← PreviousWhat is MMT and Why Is It Causing A Stir in America?
Next →Dubai Scores Cash for Crypto with the City’s First Bitcoin ATM