The US stock market is in recovery mode on the cusp of the week’s final trading session, with Dow futures indicating that the index will leap by triple digits at the opening bell.

As of 8:51 am ET, Dow Jones Industrial Average futures had soared by 124 points or 0.47 percent. S&P 500 and Nasdaq futures also entered the day on a significant incline, jumping 0.42 percent and 0.53 percent, respectively.

Once again, the stock market is feeling the influence of (what else?) the ongoing US-China trade war. This morning, the trade deal seesaw has Wall Street feeling optimistic, as Chinese news outlet Xinhua reported that Chinese Vice Premier Liu He had spoken on the phone with US Treasury Secretary Steven Mnuchin and US Trade Representative Robert Lighthizer.

According to Xinhua, the negotiators made “further substantial progress” toward framing the text of a formal trade deal. Hu Xijin, editor-in-chief of the Global Times, said that this phrasing was a “very important positive signal” since the “Chinese side rarely uses such words in official information.”

Liu He spoke with Lighthizer and Mnuchin over the phone, the two sides made 'further substantial progress' on text of a trade deal, according to Xinhua. Chinese side rarely uses such words in official information. A very important positive signal.

Friday’s trade deal optimism comes just one day after another volley of fear, uncertainty, and doubt, or as the younger investors would say – FUD.

First, Bloomberg reported that the tentative summit between US President Donald Trump and Chinese President Xi Jinping would be delayed until April at the earliest, casting doubt on the “progress” that the Trump administration repeatedly claims to have made in its discussions with Chinese negotiators.

Trump – ever attuned to the stock market’s daily fluctuations – attempted to downplay fears, telling reporters that he wasn’t “in a rush” to strike a new deal.

“I think things are going along very well – we’ll just see what the date is,” Trump said at the White House. “I’m in no rush. I want the deal to be right. … I am not in a rush whatsoever. It’s got to be the right deal. It’s got to be a good deal for us and if it’s not, we’re not going to make that deal.”

Anonymous Trump administration sources, as CCN.com reported, allege that the president is actually desperate to sign a new deal, which he believes will prevent the Dow and its peers from sliding back toward their December 2018 lows as the US heads toward the 2020 election. 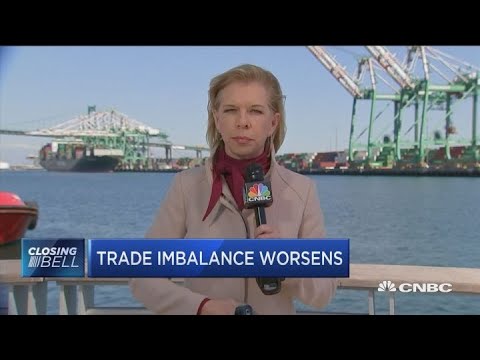 To cap it all off, Freakonomics Radio published an interview in which former Trump economic advisor Gary Cohn lambasted the administration’s approach to the tariff war as “chaotic.”

Yesterday is in the books, though, and a new day means a new opportunity to stoke the fires of trade deal optimism and buoy the Dow as it seeks to avoid a third straight weekly loss.

Just remember that the trade war seesaw will probably swing the other way on Monday.