Dow Fights for 26,000 While Another Dip Spooks Bitcoin

The US stock market is quiet at the start of February’s final trading session, with the Dow creeping higher following the opening bell. The bitcoin price, meanwhile, has recovered above $3,800 while the cryptocurrency market braces for Ethereum’s second attempt at activating its long-anticipated Constantinople hard fork.

Wall Street mostly ignored the abrupt conclusion to US President Donald Trump’s summit with North Korean leader Kim Jong Un, which ended early after negotiations reached a stalemate and neither side was willing to budge. 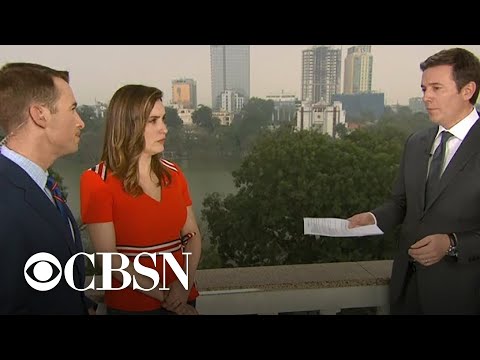 According to Trump, Kim demanded that the US lift economic sanctions on North Korea, something the US was unwilling to do.

“Basically, they wanted the sanctions lifted in their entirety and we couldn’t do that,” the president said. “They were willing to de-nuke a large portion of the areas that we wanted, but we couldn’t give up all of the sanctions for that.”

More worrisome is the White House’s mixed messaging on the state of the US-China trade negotiations. When Trump formally delayed the imposition of new tariffs on Chinese imports beyond the March 1 deadline, he said that the negotiations were in “advanced stages.” The president has also said that the two countries are “very, very close” to a deal.

However, US Trade Representative Robert Lighthizer seemed to throw cold water on Trump’s optimism during a House Ways and Means Committee hearing on Wednesday.

“Let me be clear: much still needs to be done both before an agreement is reached and, more importantly, after it is reached, if one is reached,” he said. 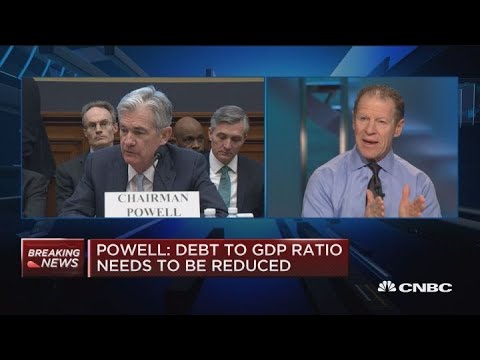 Lighthizer did temper that negativity by stating that the US and China are “making real progress,” but he took a hard stance on the importance of holding out for an “enforceable” deal that forces China to make real changes to its economy.

“I don’t think we should accept anything that doesn’t have structural changes and is enforceable. Absolutely not,” he said.

Mixed messaging on the trade deal has been a problem in the past. Three weeks ago, National Economic Council Director Larry Kudlow said the US and China were “miles” apart, just one day after US Treasury Secretary Steven Mnuchin suggested that a February deal was attainable. Such conflicting positions have introduced yet another degree of uncertainty to the US stock market, and this confusion has resulted in several volatile trading sessions.

Notably, Kudlow himself jumped back into the fray on Thursday, stating that the US and China had made “fantastic” progress during a recent round of trade talks. The former CNBC analyst also alleged that it was “untrue” to state that Trump and Lighthizer do not agree on what form a trade deal should take.

The cryptocurrency market enters the US trading session on a minor day-over-day decline.

On Wednesday, the bitcoin price made its first significant movement since Sunday, diving as low as $3,658 and sinking to its lowest level since Feb. 8.

However, the flagship cryptocurrency fully recovered from that sharp drop within a matter of hours and continues to trade near $3,820, as it has done throughout the week.

Traders should pay particular attention to Ethereum’s Constantinople/St. Petersburg hard fork, which is scheduled to activate at approximately 3 pm ET.

In addition to introducing a variety of network upgrades, the fork will permanently reduce the ethereum block reward, which could tilt the supply/demand ratio in the favor of long-term investors.

As CCN.com reported, the fork was originally scheduled for Jan. 16 but scrapped at the last minute after security researchers disclosed a potential vulnerability.

Crucially, the fork is not contentious, so it should not result in the creation of a splinter cryptocurrency, as was the case with the most recent Bitcoin Cash hard fork.

The ethereum price is holding relatively steady in the hours leading up to the fork. The second-largest cryptocurrency is trading at $135, down about 1.18 percent for the 24-hour period.

The overall cryptocurrency market cap stands at $130 billion, having fallen approximately $1.1 billion or less than 1 percent over the past 24 hours.

Dow Under Pressure as Pre-Election Jitters Weigh on U.S. Stock Market
No Comments
← PreviousChina Rates TRON as the 2nd-Best Cryptocurrency: What’s Behind the Optimism?
Next →Why Donald Trump Was Forced to Walk Away from North Korea Summit