Doom Eternal is almost here, and it looks like it’s going to be flat-out great. Unless you plan on playing it on Google Stadia, of course. In that case, you’ll probably be met with nothing but disappointment.

In true Google Stadia fashion, the promises of high-quality gameplay have failed to materialize. We were told Doom Eternal would run at a blistering 4k on the service, but it turns out this won’t be the case.

The only people shocked by this are the Google Stadia die-hards.

Far from running on the “true 4k” we were promised, Bethesda’s long-anticipated title will sport a shoddy upscaled resolution.

It’s a huge blow to Google Stadia fans because Doom Eternal was one of the service’s biggest selling points. For over a year, this title was hyped as the game that would show the industry what Stadia could do.

Yet it still failed spectacularly.

At this point, you have to wonder what’s going through the minds of early adopters who drank the pre-launch Kool-Aid. Google promised a lot – but has delivered very little.

And consumers are the ones who paid the price. 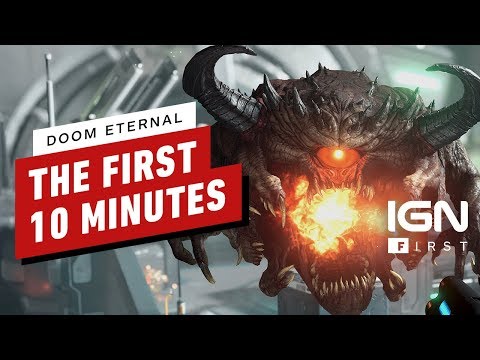 This Really Makes the Future of the Platform Look Bleak

Doom Eternal has suddenly transformed from a beacon of hope for the Stadia into another proof of the platform’s abject failure.

Because if a game designed specifically for Stadia can’t even run in true 4k, will any title ever be able to?

While other services like GeForce Now and Project xCloud are showing what can be achieved with cloud streaming, Stadia is overpromising and underperforming.

Over and over again.

It’s time for us to reckon with an uncomfortable reality. Google is never going to deliver on this service’s potential. The only way to avoid perpetual disappointment is to lower our expectations of what the Stadia can do.