This generation’s final first-party PlayStation 4 exclusive, Ghost of Tsushima, will drop on July 17 with a chunky day-one patch.

Since the game went gold a few weeks back, developer Sucker Punch Productions has been hard at work applying some final polish. So much so, that players will have to contend with an 8GB day-one patch. What a way to introduce the PS4’s final exclusive. 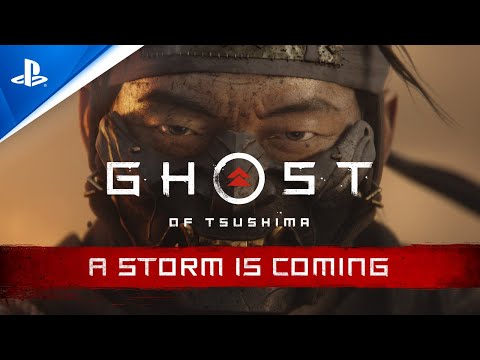 That’s according to murmurs coming from critics who are making their way through Ghost of Tsushima ahead of a review embargo lift on July 14. They report that the most recent update weighs in at 500 MB.

When coupled to previous updates pushed out by Sucker Punch in recent weeks, Ghost of Tsushima’s day-one patch hits 7.9 GB. We can’t discount further last-minute tinkering, which could see it balloon by a GB or two.

There’s a bit of bad news for players in Europe, though – the latest update brings the day-one patch to 11.2 GB. We put it down to localizing the game for multiple languages and countries.

Married with a 50 GB base install size, players are looking at around 60 GB. Not bad for a AAA exclusive, especially considering the recently-released The Last of Us Part II tallied up to 99GB once installed. We’re not talking a massive HDD purge just to install the game.

Nevertheless, 8GB is fairly sizable as day-one patches go, unless we compare it to Call of Duty: Modern Warfare and its routine 25 GB patches. Then again, Activision’s shooter operates in a realm of its own with an install size pushing 200 GB.

Pre-loading Ghost of Tsushima seems like a prudent course of action for those eager to jump into the action as soon as possible. As for those opting for the physical version, expect a bit of wait before you can explore Sucker Punch’s feudal Japanese open-world.