Santa Monica Studio has offered the clearest indication yet that it will feature among the first-party PlayStation developers to showcase their latest projects during Sony’s PS5 showcase on Thursday.

Come join us as we get into the details about what the future has in store! #gamedev #playstation

As ovet teases go, this one is pretty clear cut – Santa Monica will reveal in some capacity what it’s been working on since 2018’s God of War. The mention of ‘details’ suggests this will be more than just a sneak peek, but a decent look at what’s on the studio’s upcoming release slate.

This notion of something more than a brief teaser also aligns with rumors that Sony mandated participating developers to showcase games running in-game on PS5 hardware. The intention is presumably to sidestep the controversy weathered by Microsoft with its disappointing Xbox Series X gameplay showcase in early May.

Forget heavily-stylized CGI trailers – Sony is going all-in to showcase the next-gen prowess of the hardware. 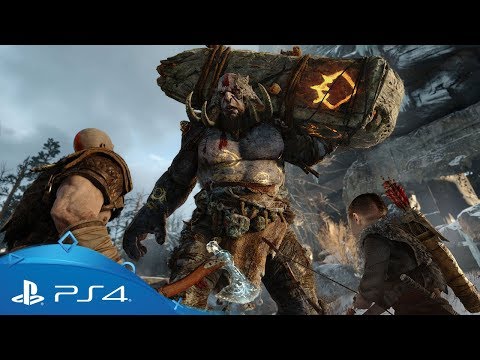 The question is, what game will Santa Monica reveal? The next mainline entry in the God of War franchise? A new Ip, possibly the secretive rumored sci-fi project?

God of War 5 seems a good bet. Multiple hints have sparked rumors, notably a job listing published back in Summer 2019 for senior combat designer with ‘knowledge of God of War (2018) and be able to speak in-depth about the combat system, mechanics, and enemies.’

Further aiding the likelihood of a God of War 5 are words from creative director Cory Barlog. Speaking to Kotaku after the release of God of War in April 2018, Barlog explained that the studio had enough material for five games, while also noting that there was a desire to make games faster.

I think this one—a big portion of the five years was, we had to start from scratch. We had a core engine but we really redid a lot of stuff.

Logic dictates that building on God of War’s firm foundations should lead to a shorter development next time around. If we speculatively eye up a 2021 or 2022 release, that would give Santa Monica a comparatively generous four years to finish the game.

As for the sci-fi title, matters are a lot murkier. A Santa Monica Studio sci-fi IP for PS4 was reportedly canceled back in 2014 after three-years of development.

Included in this profile facelift was art for NASA’s Voyager 2, snaps from the Hubble telescope, and a cryptic Morse code transmission that translated to 55HSIE, i.e., 55H Sony Interactive Entertainment.

The references are pretty clear. Could this be a hint that the studio’s intends to revisit the axed IP? Or possibly the first sign of second attempt at tackling the sci-fi genre from scratch?

We can be sure that whatever we end up seeing on Thursday will make quite the splash.

My money’s on God of War. Sony will be intent on showcasing the very best of its stacked roster of first-party exclusives. Few games would get viewers audibly cheering from their sofas like a new God of War.