By CCN.com: News that Donald Trump would delay the imposition of tariffs on some Chinese goods sent the Dow Jones rocketing today. Beware, though, because it’s a head fake before the inevitable crash.

The Dow Jones Industrial Average rose 372 points to 26,280, an increase of 1.44 percent on Tuesday. That’s because Donald Trump and the Treasury Department announced that additional tariffs on laptops, cell phones, video games, and certain types of toys and apparel will not be instituted until Dec. 15.

BREAKING: US Trade Rep. announces that some of the 10% tariffs will be delayed until December 15.

Dec. 15 is critical because it will be after most Americans complete their big holiday shopping.

This does not mean that the stock market or the Dow Jones are going to continue to rally. In fact, this is just another balance in a long series of bounces and declines triggered by trade news.

Investors seem to believe that the ongoing trade war is generally a bad thing for the American economy and that corporate earnings will be negatively affected as a result. That may be true in the short term, but over the long term, the trade war will simply be a blip on the radar.

Investors tend to lose sight of the long term when it comes to market-moving news like this.

“Trump’s trade war strategy is brilliant. While the American economy has improved under him, it remains weak in many areas, as we see from declining corporate earnings. He is using the trade war to make hay. There’s no real downside to this strategy, and it may result in a significant difference in America’s trade deficit.” 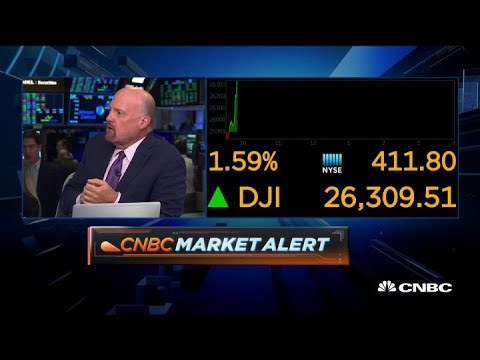 “The stock market remains at an extremely high historical valuation, almost double the long-term average. You must be cautious.”

The Dow Jones index continues to reflect an overly optimistic view of the economy and corporate earnings in the near term.

As the Shiller P/E Ratio chart shows, the stock market is insanely expensive and a 50% crash seems inevitable.