The consensus among health officials and some government leaders is that the lockdown that spans much of America at the moment has to continue. Donald Trump isn’t so sure.

It’s believed that more than 100 million Americans will soon be subjected to stay-at-home demands. This will drive the country further into a recession. 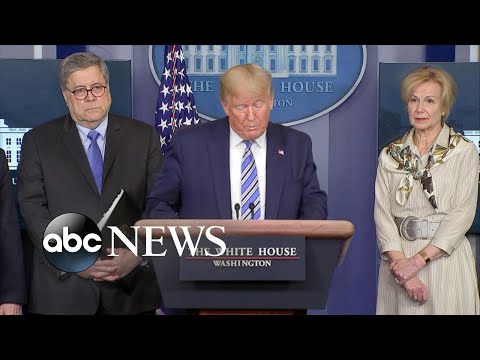 There is no easy answer to this dilemma

Sure, we can all take to social media to proclaim that lives matter more than profits. That may grab you a few ‘likes’ and shares. But, it’s a fundamentally flawed way of looking at the present situation.

Professor François Balloux, chair in computational biology at University College in London, believes that medical professionals are looking at only one side of the problem.

A report carried out by disease-modelling experts at Imperial College shows that a less stringent approach to the coronavirus pandemic in the U.K. would result in 250,000 deaths. At the same time, a more aggressive lockdown scenario could take those numbers down to 20,000.

According to Balloux, the aggressive approach doesn’t take into account the social and economic consequences.

Commenting on the report, Balloux said:

Balloux admitted that the various governments around the world have to make a terrible choice. Deaths in the short-term from the pandemic. Or a more significant number over a more extended period due to economic fallout from the lockdowns.

President Trump is in a no-win situation, like other world leaders

The truth is, whatever Donald Trump decides to do, he’ll get hammered for it. He’s truly in a no-win situation.

If he heeds the advice from medical professionals and maintains the lockdown, there will still be death and despair from the coronavirus outbreak, and there will also be a ravaged economy waiting for him on the other side.

A fine line has to be tread in this unprecedented situation

Professor Balloux sums it up perfectly when he says:

If anything, the more straightforward answer for world leaders like President Trump is to maintain the lockdown, as it will be difficult to identify deaths associated with economic losses in the future due to the fact they would occur more gradually.

Dr. Bharat Pankhania, a senior clinical lecturer at the University of Exeter, added:

These happen in isolation and are not dramatic, more of an almost invisible event and certainly not recorded as a mitigating factor in the official records.

There is no clear cut answer here. Leaders like Donald Trump have to walk that fine line and hope that the fallout isn’t too catastrophic.