Donald Trump has taken to Twitter again to denounce the “fake news media,” calling it the “enemy of the people.”

In March 4 tweet which quotes Fox News host Tucker Carlson, he lashes out at The Washington Post and The New Yorker.

“The American Media has changed forever. News organizations that seemed like a big deal are now extinct. Those that remain have now degraded themselves beyond recognition, like the New Yorker – or they’ve been purchased by Jeff Bezos to conduct unregistered lobbying for………

…. Amazon, like the Washington Post. It’s hard to remember that not so long ago America had prestige media outlets, but not anymore.” @TuckerCarlson The Fake News Media is the true Enemy of the People!

But the real fake news operation is taking place in the White House itself. Fact checkers now put Donald Trump’s lies and falsehoods at 9,014 since assuming office. That’s an average of almost 12 misleading claims every single day.

In the run-up to the mid-term elections, the frequency of his lies soared. At the worst point, on November 5th, Trump made 139 false claims.

Trump is the Real Source of Fake News

Among the president’s most repeated falsehoods is the imaginary $500 billion deficit with China.

Donald Trump has spouted this incorrect figure a staggering 128 times. The real number is $335 billion, and it doesn’t constitute any lost money.

Trump’s claim that he passed the “largest package of tax cuts and reforms in American history” is also false. It’s significantly smaller than Reagan’s 1981 tax cut. Trump has boasted this lie 131 times.

The United States Senate just passed the biggest in history Tax Cut and Reform Bill. Terrible Individual Mandate (ObamaCare)Repealed. Goes to the House tomorrow morning for final vote. If approved, there will be a News Conference at The White House at approximately 1:00 P.M.

He continues to spread falsehoods about the Mexican border wall, the economy, employment rates, and illegal immigration.

By doubling down on these lies, the president is spreading disinformation faster – and with more impact – than any news outlet. Worse, his loyal base eats up these falsehoods and uses them to form inaccurate beliefs.

Trump’s misleading statements are just the tip of the iceberg. Perhaps more damaging is his relationship with Fox News.

Fox News has always had a Republican bias, but its connection to the Trump White House amounts to propaganda. An explosive account in The New Yorker this week reveals the unprecedented depths of the “Fox News White House.”

The report’s most devastating allegation is that Fox News buried evidence of Trump’s Stormy Daniels payoff – a claim that was backed up by Michael Cohen’s bombshell testimony last month. At the time, a former executive at Fox News, Ken LaCorte, is reported to have said:

For all that's been written and reported on Fox News and its role in our political landscape, this fascinating and disturbing article by @JaneMayerNYer in the @NewYorker is a must read. https://t.co/jYfk5F6OqA

Trump has also packed his administration with Fox alumni, including his deputy chief of staff and national-security adviser.

Trump regularly retweets Fox News coverage and reportedly calls in to “correct” statements. The feedback loop is unprecedented. The network gives a mouthpiece to the president’s lies and falsehoods.

Who is the Real Enemy of the People? 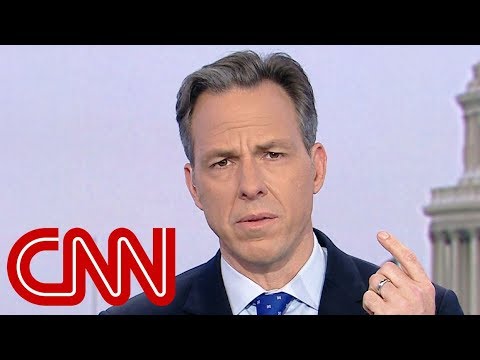 Rather than slamming journalists for doing their job – holding government to account – Trump should hold himself to a higher standard.

Trump’s lies, deceit, and falsehoods are the real enemy of the people. The president has given birth to a culture of disinformation and formed opinions based on lies.

The country is now more divided than ever, and the “truth” no longer matters. The blame for this lies entirely with Donald Trump.